Sandy MacMillan On Enduring Popularity Of The Boat Show

For the Maritime boating community, a yearly highlight in the winter months is the annual boat show being held Feb 8 -11 in the Halifax Exhibition Centre. 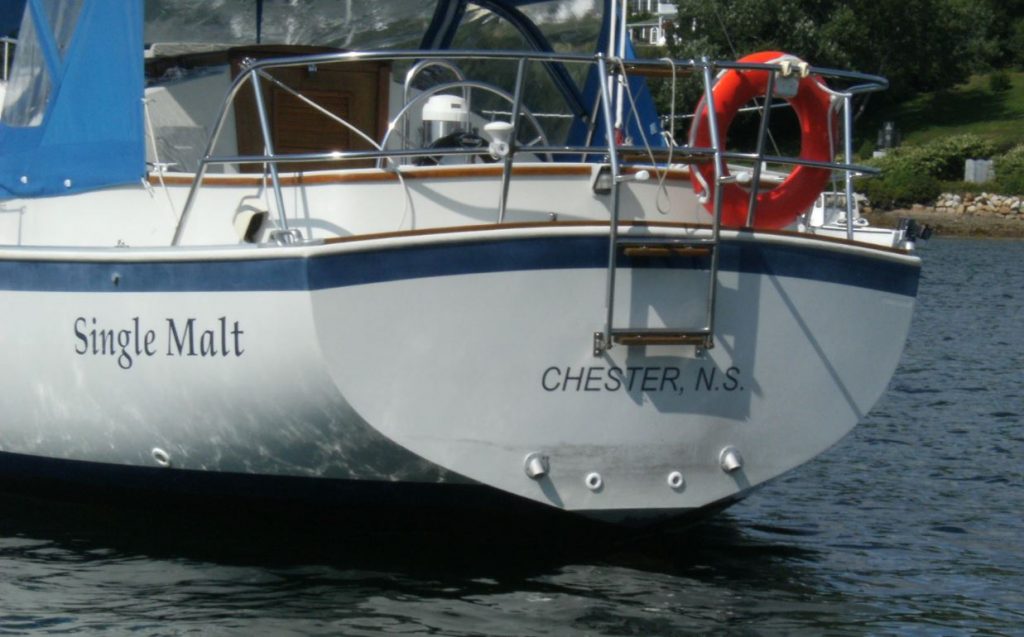 The annual boat show in the property that use to be known as Exhibition Park is the official start of boating season, when folk buy boats, have sails repaired, and start buying toys for their vessels. The popular show brings boaters and sailors from across the Maritimes.

To understand the popularity of the boat show, I spoke to sailing enthusiast Sandy MacMillan, who runs a prominent marine and sail making business, North Sails.

North Sails has a sail making shop in historic Lunenburg, and operates a 4,000-square foot retail store off of Joe Howe Drive in Halifax.

MacMillan has a large booth at the boat show, and tells The Macdonald Notebook that the weekend event usually attracts up to 8,000 boating enthusiasts. 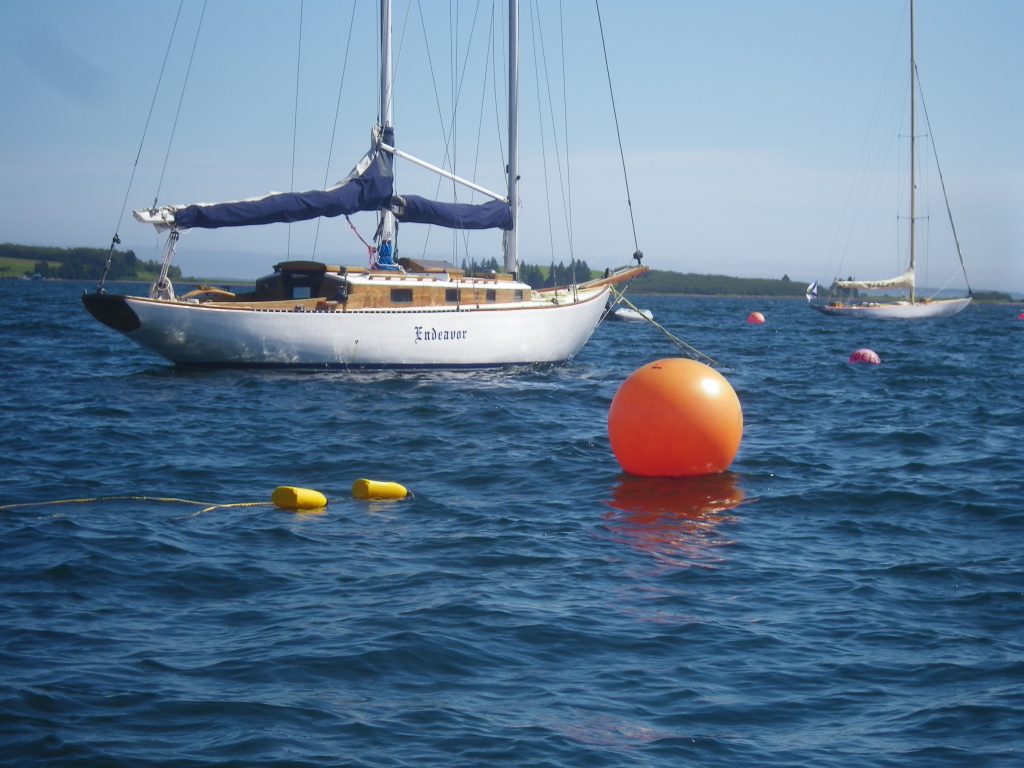 He remembers way back when the boat show was held at the Halifax Forum, when Ross MacDonald was show promoter back in that distant era.

I remember my first time going to the boat show as a grade 8 student in 1982. It was held that year at the Metro Centre.

“There’s a couple of types of people who go to the boat show,” he says. “There are the dreamers who go there and look and see what is new. There are guys who are in the boating cohort right now who might be interested in a new boat, and there are always folk moving laterally from sail to power.

“People move to sail to power when they get a little bit older, and circumstances change,” he tells The Macdonald Notebook.

“Power is still the overwhelming driver at any boat show. There are more power boats than sail boats on display.”

That turned out to be a major coup because Joe Ramia’s convention centre at Nova Centre in downtown Halifax can also easily handle the show, where large sail boats and power boats are displayed, along with supplier booths.

In Nova Scotia, more boating enthusiasts are turning to power boats. Older sailers are selling their harder to maintain sailboats, opting instead for power boats, MacMillan tells The Macdonald Notebook. 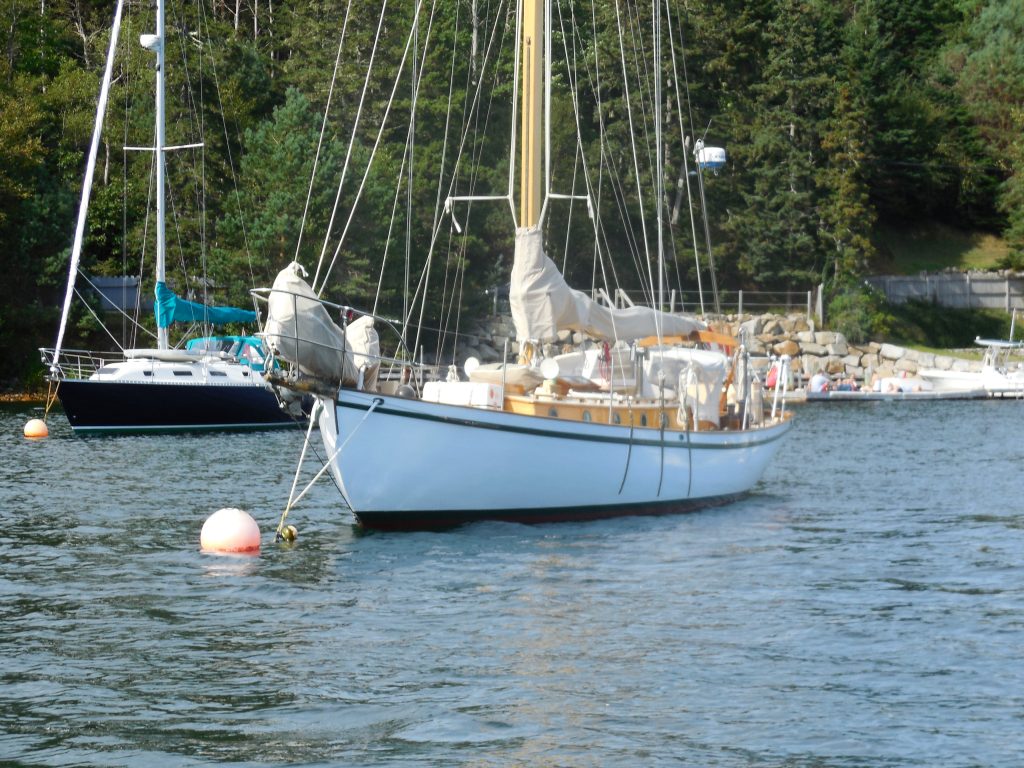 Wilson Fitt’s wooden boat, a Chester classic. He sails it with his wife, Thelma Costello.

MacMillan sails out of the Nova Scotia Yacht Squadron.

The 42-foot vessel is actually owned by his wife, Janet MacMillan, a seasoned PR guru at National PR, which has a Halifax office on Hollis Street.

MacMillan has also sailed in the famed Bras d’Or Lake in Cape Breton, once a mecca for Alexander Graham Bell, who invented the telephone from his estate on a hill perched over Baddeck.

MacMillan was fond of sailing out of Dundee, where a popular marina built in 1982, was in recent years lamentably converted to a private mansion.

Former Buchanan minister Billy Joe MacLean use to boat out of Dundee, near the legendary Dundee Golf & Country Club.

At one time Boston Whaler was the workhorse vessel off Nova Scotia, and particularly in the waters of Mahone Bay.

That changed after Reebok bought out Boston Whaler in recent years, and then laid off middle management who went on to invent new boats, such as Scout that offer direct competition to Boston Whaler. 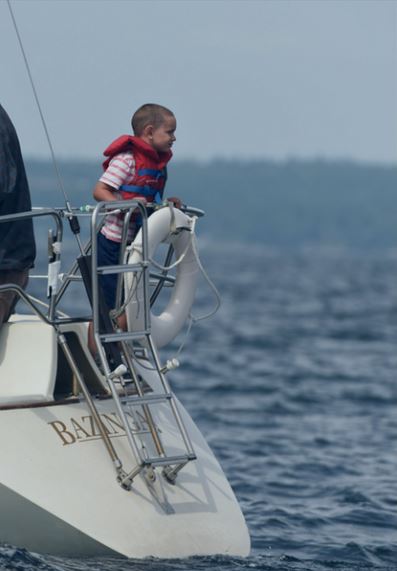 “They all started new boat companies and all of a sudden the market got just as hell tough for Boston Whaler,” says MacMillan. “Scout was one new boat, there is also Pursuit and Edgewater. They all came on the market and are arguably better designed then Boston Whaler.”

MacMillan also says there is also a robust market for used boats on the South Shore, and boat brokerages like Mahone Marine and Chris LeBlanc of Chester are active in the used boat market.

LeBlanc is not yet 30, and began storing boats in the winter months on his parents property at St. Margaret’s Bay.

He is arguably the most knowledgeable expert on all things related to Boston Whaler – and has a Boston Whaler in summer months moored in Chester’s Front Harbour.