One of the most touching things I’ve heard this past week while producing The Macdonald Notebook was that the leader of the Halifax south end political establishment attended the funeral of a homeless man.

Lieut-Gov. Art LeBlanc and his wife attended the funeral of Wray Hart, 62, and a 25-year panhandler at the old library of Spring Garden Road, where Hart kept company with his ‘friend’, the pugnacious statue of Winston Churchill.

As a member of Halifax society’s political elite, it was nice to see LeBlanc and his wife at Wray’s funeral in a Dartmouth church last weekend.

Make no mistake about it, LeBlanc, born in Cape Breton has long led a privileged life. As lieutenant-governor, LeBlanc and his wife Patsy have a robust paid staff, including a chef and a chauffeur-driven limousine.

From successive Liberal governments, the former leading political aide to Allan J. MacEachen, was appointed as a Supreme Court judge, where he sat for 20 years, before Scott Brison and the Trudeau Liberals named him as the province’s first Acadian to occupy Government House. 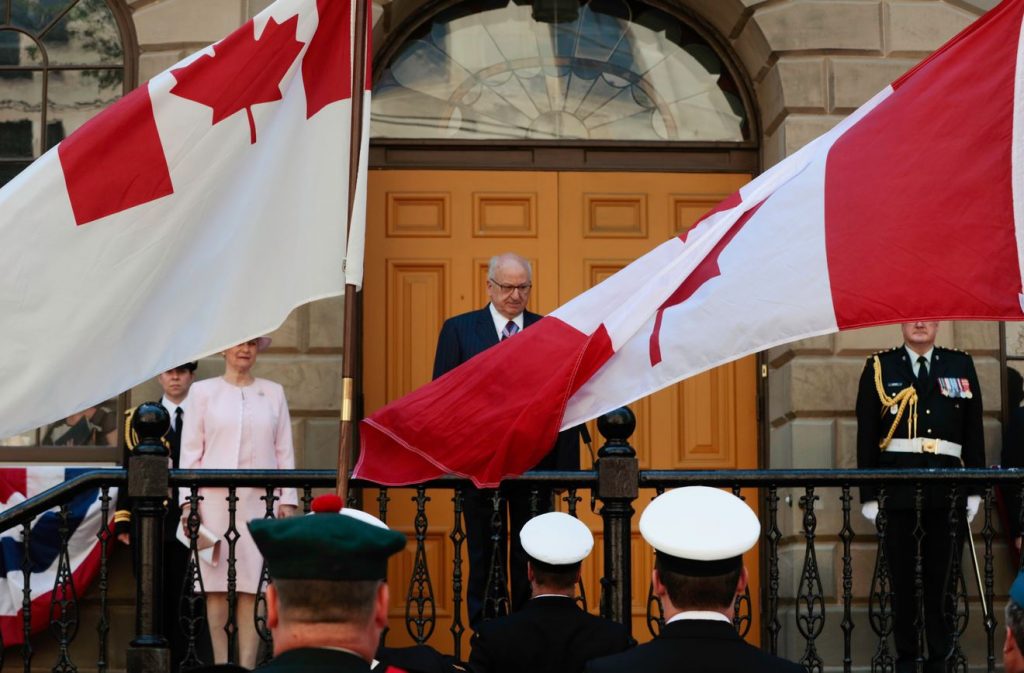 I’ve known Art LeBlanc my entire 30-year news career. I was a cub reporter in 1989 in Port hawkesbury, when he was a lawyer in the pulp and paper mill town.

Sometimes Art might not have always agreed with my political reporting, especially on political giant Allan J, but knowing he attended the funeral of a panhandler who was neglected and downtrodden in life, absolutely warms my heart.

Kudos Art and Patsy for remembering a panhandler.

And LeBlanc was not the only member of note from the Halifax establishment at the sendoff.

Wray was out collecting empty beer bottles at 3 a.m. the other weekend when a car alleged driven by a 23-year-old MBA student struck him on a Queen Street sidewalk.

Wray died very close to his wintertime and summertime park bench — his preferred sleeping accommodations — where someone took a pen and wrote, “This is Wray’s bench.”