Denis Ryan, retired advisor to a $4 billion pension fund, former stockbroker, still talented crooner and tin whistler, was recently feted in his native Ireland where he was inducted into the County Tipperary Hall of Fame.

He received the honour last month, and attended the event in Dublin with his wife Muriel. 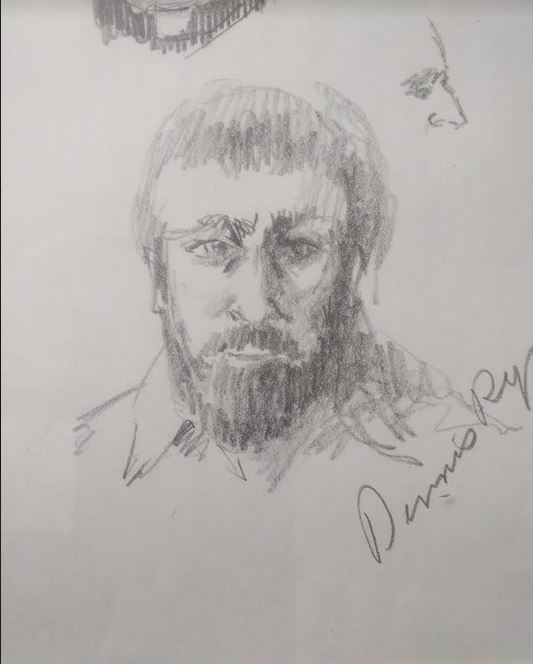 A John Cook rendering of Denis Ryan in 1978. I paid $100 for the sketch this week of off kijiji. The seller, a retired Halifax school teacher, originally wanted $200 for the artwork. He bought it in 2016 after the Cook estate sold it at a Chester auction. The signature is that of the artist, who spelled Denis’ name with two ‘n’s. It is spelled with one ‘n’ as in Denis.

A Halifax resident since 1980, Ryan was with the 1970s music group Ryan’s Fancy. He moved to Canada in 1969, and then studied folklore at Memorial University in St. John’s.

He founded several businesses and, 25 years ago, was ahead of today’s micro-brewery trend when he launched the Highland Classic brewery in Sydney.

Today, there are 45 craft brewers spread across the province and even Oland Brewery is paying attention to the immense popularity of small batch breweries with a small Keith’s Brewery starting up at the Brewery Market in downtown Halifax.

Ryan began brewing suds in 1989 in a venture with three partners, including the late Moose Mercer. The brewery operated for two years before going into bankruptcy.

In 1982, Ryan’s Fancy disbanded, and Ryan became a noted stockbroker, and later co-managed a $4 billion pension fund headquartered in Toronto.

He is now retired and lives in the Danny Chedrawe-built Garden Crest condo overlooking the city’s Public Gardens.

I caught up to Ryan by phone this week since he is spending a month as a snowbird in Florida.

He said he is humbled by the Tipperary Hall of Fame induction, and visits his boyhood town frequently.

“I got the award for my cultural contributions to Irish culture abroad — spreading the Irish music — that’s really why I got the honour,” Ryan tells The Macdonald Notebook. 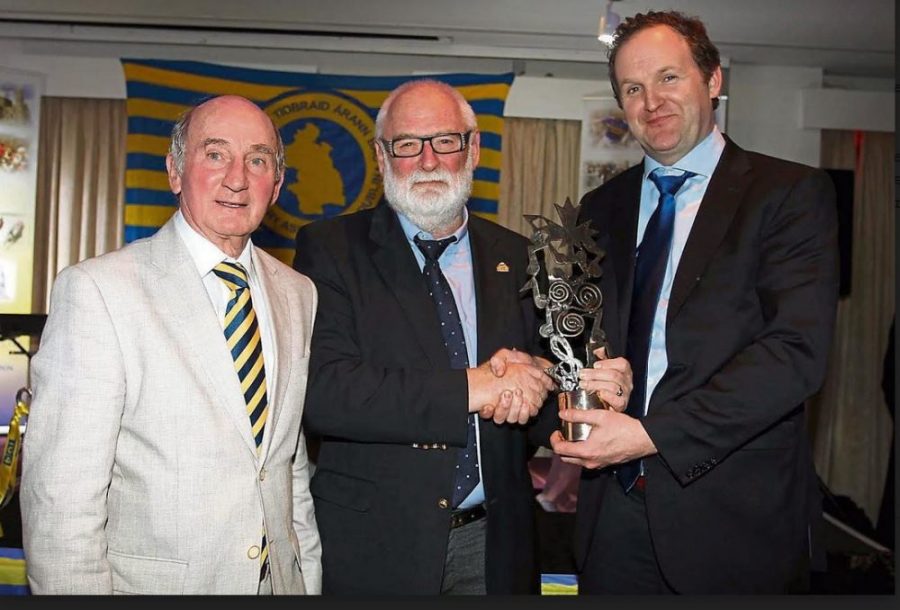 “Also I received it because of community involvement,” and philanthropy work.

A recent edition of the weekly Tipperary Star newspaper noted Ryan’s honour into the Hall of Fame.

“Newport man has brought honour to himself, his hometown and his county,” read the headline of the paper.

“The winner of the Hall of Fame for 2017 has never lost touch with Tipperary or Newport and has been an exemplary ambassador for Irish music, culture and business, the gala awards ceremony heard,” said the weekly.

“Denis Ryan, a native of Newport was selected in recognition of his music and singing performances, as an acknowledgement of his business undertakings and for his work for charity,” continued the report.

In a lengthy article, the Tipperary Star noted Ryan has performed all over the world, appearing in over 200 television shows in Ireland, USA, and Canada, including 78 TV shows with the Ryan’s Fancy Tommy Makem syndicated series.

“As a singer, he has performed for former prime ministers of Canada Pierre Trudeau and Brian Mulroney, US president Ronald Reagan, Queen Elizabeth and many others.

“Denis Ryan has received many deserved honours during his career, including Doctor of letters from St Mary’s University Halifax Nova Scotia, for his life’s work in music literature and folklore. His fundraising and charitable work is well known particularly his Gig for Ghana which took place in Limerick last year.

“In response, Mr. Ryan said there was nothing like being honoured by ones own community. He fondly recalled growing up in Newport. Expressing his thanks he said it was a great honour and one he would always treasure.”

Ryan is involved with numerous community projects including serving as the national chairman of the fundraising committee of the Darcy McGee Chair of Irish Studies at St. Mary’s University, and was also on the board of governors for St. Francis Xavier University.

In 1994 he received an honorary degree in Doctor of Letters from St. Mary’s University.

In 2017 he was appointed director of the Liquor Stores North America, based in Alberta, where Ingramport resident Rick Perkins now works. Perkins is a former exec with Nova Scotia Liquor Corp.