How We Scooped The Financial Post On L.L. Bean’s Canadian Invasion – We Had The Story Last August

The month of October The Macdonald Notebook had record readership: In October, nearly 4,000 individuals went to our website. 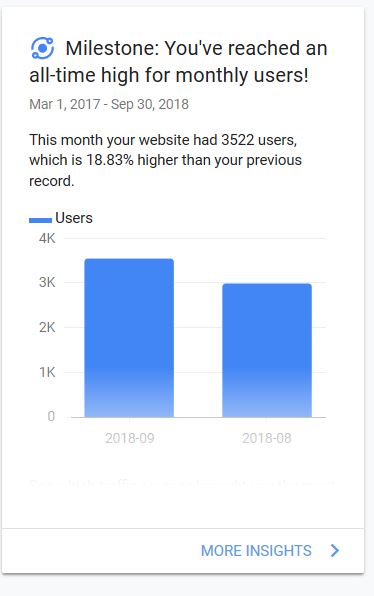 The Macdonald Notebook had nearly 4,000 users visit our website last month, according to readership measurement Google Analytics, which records the number of visitors to my website.

Paid readers are aware I like to dig for original news stories – they’ve come to expect news scoops.

We rarely chase a PR generated news release – that’s not the style of The Notebook.

If you want proof The Notebook generates scoops, here is an August 4th, 2018 news scoop in The Macdonald Notebook – we were the first media in Canada to report L.L. Bean was looking at the Canadian Market.

Well, on October 31, The Financial Post, indeed, reported L.L. Bean, the iconic Maine retailer will build 20 stores in Canada over the next decade. But we managed to scoop the TO Financial Post when on August 4th, 2018, The Notebook ran a story that L.L. Bean was looking at the Canadian market.

In the news business for 30-years, one is well advised not to rest on their laurels. I have to feed the news goat and try to put out a compelling, informative and entertaining edition for this coming weekend.

But, here is our August 4th, 2018 Canada-wide news scoop – a fine example of how we like dogged digging to generate news scoops for you, dear reader.

Headline: L.L. Bean Has Canada On Its Radar – Halifax, Too?.

The iconic L.L. Bean clothing and boot/shoemaker has Canada on its radar, The Macdonald Notebook has learned.

The Freeport, Maine company’s relatively new CEO, Steve Smith is the one eying the Canadian market. The company already has 35 stores in American states outside of Maine, as well as stores in Japan.

I just made a clothing purchase for the summertime—I am a frequent L.L. Bean customer—and Joe, who took my L.L. Bean order by answering the phone on the first ring, personally told me the new CEO is talking about Canada.

On Monday, I reached out by email to CEO Steve Smith’s office and received a response from a staff member.

“Thank you for contacting L.L.Bean about possible store locations in Canada. It’s always such fun to speak to our loyal Canadian customers.

“We appreciate your feedback. I’ve forwarded your email to the appropriate department. We will reply as soon as possible.”

Neither Smith nor his PR agent responded to media questions from The Macdonald Notebook.

I hope to have further information on this news development next weekend.

Given the historic connections shared by the Maritimes and the Boston States—from heritage to politics to geography—I’d say Halifax would be a leading contender for an L.L. Bean store.

When I spoke to L.L. Bean customer agent, Joe, I did tell him I was not at all happy a family member of L.L. Bean endorsed Donald Trump.

Joe responded that the family member Linda Bean, who spoke publicly in support of Trump, who has ripped up the North American Free Trade Agreement, is only one of 60 members of the L.L. Bean family, and that other shareholders have different political opinions. Some family shareholders were keen backers of Democrat Barack Obama.

While I regularly shop at L.L. Bean, once a year I also go to Ross McNeil’s haberdashery, Dugger’s, on Spring Garden Road.

I shop at Dugger’s each January when there is a 50 per cent off sale.

In 2018, L.L. Bean ended its free shipping on Canadian orders and now requires an order of over $50 to ship at no cost.

There were 100 layoffs at the Maine company in April, and 500 employees retired and those positions were not filled.

Citing flat sales in 2017, Freeport retailer L.L. Bean Inc. said Friday it plans to eliminate about 100 positions this spring and will not be giving out performance bonuses to employees.

In a memo to the staff, company president and CEO Steve Smith said 2017 was a difficult year for the retailer, with problems including a slight drop in sales and shipping problems related to a systems upgrade.

“As you know, 2017 was a very challenging year for L.L. Bean, as we continue to operate in a very dynamic, ever-evolving and uncertain retail environment,” Smith said in the memo.

The combination of those factors led to the decision not to give out annual bonuses for the first time since 2008.

“We regret the company performance will not allow L.L. Bean to pay a cash performance bonus for 2017.”

Smith said the 100 employees whose jobs are being eliminated will have the opportunity to apply for other available positions.

He also noted that about 500 employees accepted an early retirement package offered in February, which will cut costs and better position the company for future growth.

The layoffs and early retirements represent a roughly 10 percent reduction in L.L. Bean’s workforce. The company now employs about 6,000 people, including 2,500 in Freeport.

In another cost-saving measure, the company announced that beginning in 2019, it will no longer subsidize the cost of medical and dental insurance for employees who work fewer than 30 hours a week.

Another major announcement was that eligible employees would be offered early retirement packages in the spring. Smith said the company received a strong response to the offer and nearly met its target, with about 500 employees accepting the deal.

“We’re very pleased by the response to the generous offering and excited for participants who can now begin their next chapters earlier than they might have originally planned,” he said.

Regarding the roughly 100 planned layoffs, Smith said those would likely occur by early April. However, he noted that L.L. Bean also will have a need to back-fill roughly 200 essential positions that will be vacated as a result of the early retirements.

“All employees facing a job elimination will have the opportunity to apply for those positions, or to receive the company severance package and outplacement services,” he said.

Smith said that despite the company’s various setbacks over the past year, it also achieved a number of positive milestones.

It also eliminated free shipping on orders under $50. Smith said customer reactions to the policy change were mostly supportive, and that the new restrictions will save the company a significant amount.

Problems with the fulfillment systems upgrade that caused “significant service and productivity challenges in the initial months” were resolved by the fall, and L.L. Bean was able to achieve record sales during its peak winter season, Smith said.

In September, the company transitioned to a new human resources and payroll system in addition to a new sales channel and merchandise planning tool that will help L.L. Bean make more informed, strategic decisions as it grows, he said.

Smith said the company identified a new target customer in 2017, the “outdoor family enthusiast,” and launched a successful new advertising campaign in the fall titled “Be an Outsider.”

The retailer saw sales growth in a number of product lines, including swimwear, rugby, insulated totes, flannel, fleece and the signature Bean boot, which had record-breaking sales, he said.

L.L. Bean continued to expand its retail presence last year with six new store openings, bringing the total number of stores outside of Maine to 35, with plans to open five more stores in 2018, Smith said.

The company continued its Japan expansion with three new store openings, bringing the total number of Japanese stores to 28.

“Additionally, we launched our first ever Bootmobile in Japan,” Smith said.

L.L. Bean received a variety of accolades and awards in 2017, including being ranked No. 15 on Forbes magazine’s list of America’s best midsize employers, he said.

“We weathered significant events this year, both planned and unplanned,” Smith said. “Overall, there were many bright spots in 2017, and we made significant progress on numerous fronts that provide a strong foundation for future success.”