When you grow up in a family-owned and operated business, the very thin dividing between family and business can be more than familiar, and that point resonated Thursday night at the annual Peter Wilson Dinner, the annual fundraiser of Family Business Atlantic, which attracted several hundred guests to the Cunard Centre.

Every year, the association honours one of the region’s leading entrepreneurial families. This year’s honorees were the Moore family of Chester, with its two generations of father Tim, sons Matthew and Chris, and daughter-in-law Lizzie. 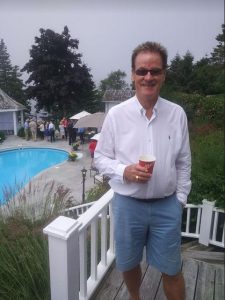 The evening began in true Nova Scotia fashion with a piper at the entrance, then guests proceeded to the reception sponsored by Grant Thornton. Former president Fiona Diamond and her husband and business partner Brookes sponsored keyboardist Bill Stevenson to provide the background music. It gave guests an opportunity to bid on the more than 80 items assembled for the silent auction, which included everything from theatre and golf getaways, fine dining, tastings, seasons passes for Ski Wentworth, a diamond necklace, and spirited gift baskets. 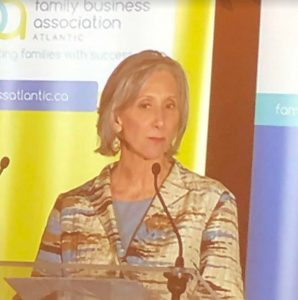 Friends and family of the Moores attended including Tim Moore’s brother, Terry, and Jackie Stewart, a trailblazing female leader in the moving industry who Moore cheerfully poached from the competition.

President John Abbass, himself a second-generation family business owner (Econo Colour; his father Johnny Sr. was an institution in the photographic idustry in the province), offered opening remarks and also paid tribute to past winners and honored the Wilson family patriarch. 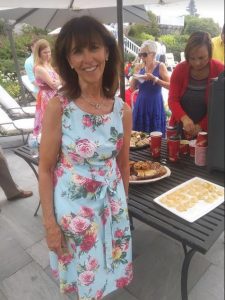 Bernadine Moore is the backbone of the Moore business family. (Andrew Macdonald Photo).

New this year was a live auction where a little more than$10,000 brought the lucky winner a week’s stay at the Moore family’s Craigmere oceanside getaway in Barbados.

Tim Moore bookended the highlight of the evening  with the story of the family’s entrepreneurial success. He began by speaking about his early and less than stellar academic career—failing grade 3, ditching math in grade 10, spending time as a seminarian, and abandoning a career as a teacher in Northern Ontario. 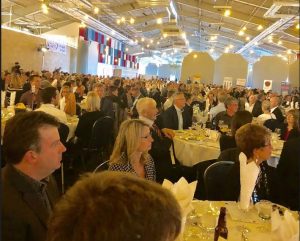 His son, Chris talked about Moore’s unofficial motto—‘Screw it, let’s do it’—and that theme came through as Moore described his early forays into the moving business with his first company, T.C. Moore, beginning with a $2,000 pickup truck covered with a tarp. He regaled the audience with tales of lowballing moving jobs in Montreal and from Montreal to Boston, and driving along Hwy. 401 to Toronto with a police car in pursuit with the officers driving holding precariously onto a large mattress which had dropped from the truck.

From T.C. Moore, he moved on to AMJ Campbell—strategically adding an A to the business name to put it top of the list in the yellow pages—building it to an industry leader with 40 locations across the country and $125 million plus in sales, before selling it in 1999. Then, a few years later, he became involved in the founding of Premiere Van Lines, the second largest multi-branch moving company in the country. 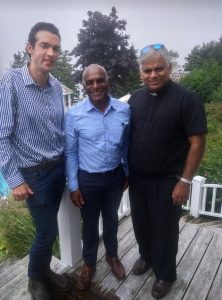 Moore spoke about developing a family culture and a practice of bringing families into the company. At one time, members of 46 different families were involved. There was a very low turnover with senior managers. One of the corporate strategies was to put senior staff in Harry Rosen suits. He told about one mover in Ontario who was about 350 pounds and not used to wearing a suit and tie. He got his suit, and the difference in him when he come to the next meeting was impressive.

It was truly a family night with sons Matthew and Chris and daughter-in-law Lizzie taking the stage. Matthew poked fun at his father’s book You Don’t Have to Have an MBA to Become a Millionaire, saying that he diverged on that opinion, obtained three masters’ degrees and his CPA designation. Like his father, he also dabbled in the moving industry. He reminded his father that one of his first moving forays was to Boston but unlike his father, he received adequate remuneration and did the job with a proper permit. 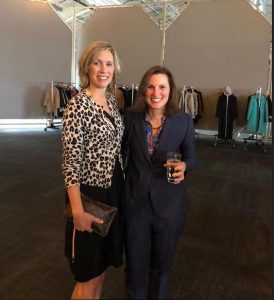 Lizzie (Dodds) Moore talked about being a part of the family and recipient of many of her father-in-law’s ideas for the next great business. As one coming from a background in politics (she was the youngest chief of staff on Parliament Hill in the early years of the Harper government) and public relations, this was an interesting introduction until something gelled.

Moore invited Lizzie and Chris to go exploring one Sunday afternoon, driving them to what is now the seaside Oceanstone Resort in Indian Harbour. It’s become one of the jewels of the Moore family crown–a year-round escape close to the city yet so far away. From the very beginning, it’s been a family affair with members of both Dodds and Moore families rolling up their sleeves when possible. The resort underwent massive renovations when the Moores took possession and they were under a tight timeline to get things finished for the first wedding. 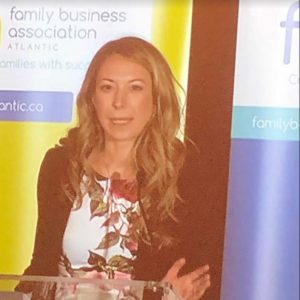 “I remember pushing the vacuum out of the back door and running around to the front door to meet the guests,” said Lizzie Moore.

The final member of the Moore quartet was son Chris, who also identified with the family traits early on by selling golf balls at the entrance to the Chester Golf Club. He dabbled in real estate as a student and today is a key member of the family business. 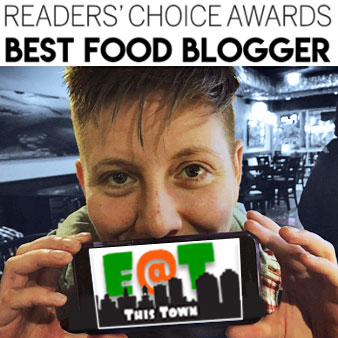