Regional Councillor Stephen Adams On The Battle To Protect Young Avenue: ‘My Motion Would Have Actually Protected The Street From Ugly Developments’

Here is my promised news article on the battle to protect charming Young Avenue.

The other day, The Notebook chatted with Spryfield’s Stephen Adams, the soon to retire councillor on the Halifax Regional Municipality. He has been a fixture at Halifax City Hall since 1991 and has never lost an election, but is not re-offering next fall in city elections. 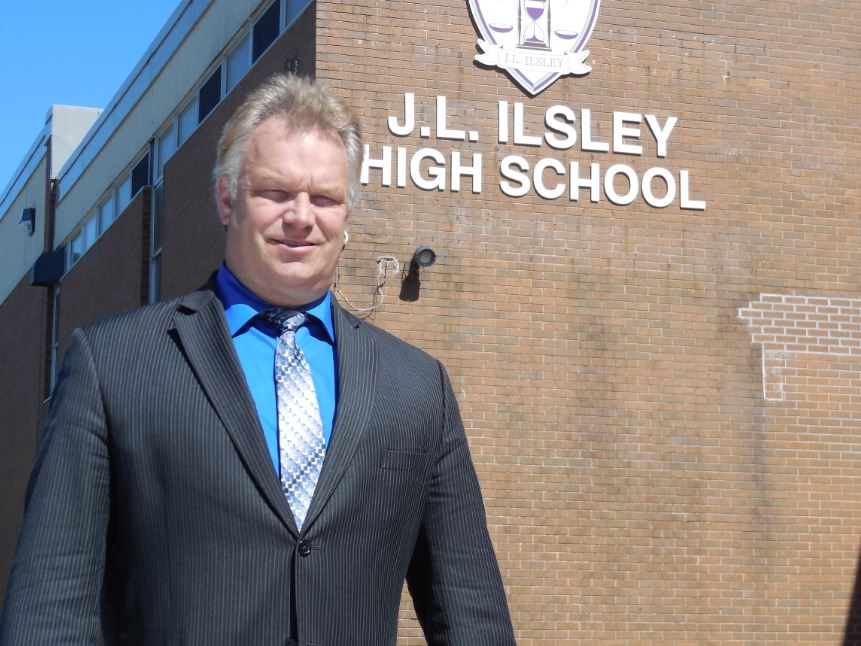 Adams took a real beating this month over a notice of motion he had planned to bring to regional council, regarding a controversial and contentious plan by developer Steve Tsimiklis to build nine out of character abodes on Young Avenue.

That street is one of the most charming residential streets in all of Halifax, with its grassy boulevard, it is home to a plethora of stately mansions, some historical in nature.

It’s also the primary gateway to Point Pleasant Park. History buffs know a victim of the Titanic sinking owned a mansion on the street, George Wright.

Spryfield Regional councillor Stephen Adams contends his notice of motion would have actually protected Young Ave. from the above rendering, something Adams calls “a milk carton’ look.

The motion, contends Adams, would have actually protected the single family residential feel of Young Ave.

Many councillors opposed the Adam motion, led by mayor wannabe Waye Mason, the south end’s representative on council for the past seven years.

Adams says he dropped the motion because there was not enough support on regional council. The Spryfield councillor was pilloried by his council colleagues, and others who want to stop massive development on the street.

There were even suggestions on the Rick Howe radio show that the retiring politico would now take a job with a large developer – over the Young Ave. matter.

“First of all, to dispel any myths or rumours or anything of the type that I have a job lined up with a board of any company that does development in the city, that was a strange conclusion that someone had drawn. Even Rick Howe brought that up to me,” Adams tells The Notebook. 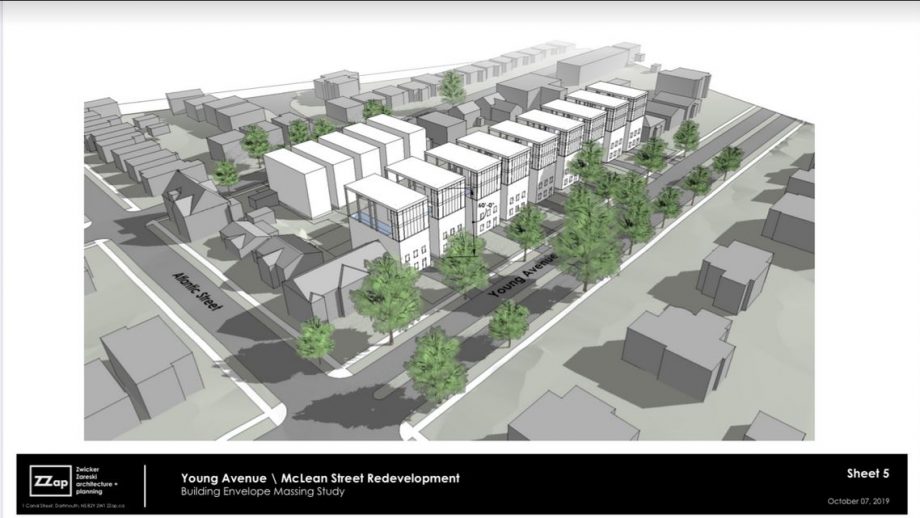 Regional councilor Stephen Adams says his notice of motion would actually have provided options for residents on Young Ave., which would have opposed the above rendering plans a developer has now for the street.

“That was interesting, because no one ever told me about it,” he said, adding his motion “was part of drawing out (that thinking)”.

Question: Why would you like to change the residential charming feel of Young Avenue, with out of character housing developments? I often thought you espoused common sense approaches to politics and policy, and that motion seemed out of character for you.

“Ah, let’s explore that. So right now on this charming street, and let’s be honest, Young Ave. is the ‘grand daddy’ of streets east of Montreal, – there’s never a question about that. So developer Steve Timisklis bought some properties, then proceeded to take down the houses, and now he has permits in hand to put family homes on those properties.

“He has permits to put nine single family homes there. They are not the most attractive houses, I can tell you. They are anywhere from 40 to 60 feet in height. Imagine Spryfield’s Governor’s Brook with houses a little wider, and twice as tall.

A developer plans the above architectural renderings for Young Ave., and regional councilor Stephen Adams said his motion would have protected Young Ave., what he calls the ‘granddaddy” of streets in Halifax.“That is what you are looking at on Young Ave.. That does not fit the street. That has nothing to do with that streetscape, it is not in keeping with Young Avenue’s streetscape. I don’t think anyone would disagree with that comment.

“Timisklis has an as-of-right to put in nine houses, 40 to 60 feet high — milk cartons. I don’t think anyone wants to see that development there. (An as-of-right development means a developer does not have to get Halifax City Hall approvals for the given project at hand.)

“Now, the motion I planned to bring was quite clear. The motion simply said to look at options. Because of the conceptually sensitive nature of the street the motion would have given options that residents felt might have been more preferable than the as-of-right development with permits in hand.

“That was the notice of motion. It simply said ‘is there something preferable to the existing as-of-right, that was it.

“There was a petition going around saying that Coun. Adams, who represents Spryfield and lives in Bedford – whatever in the world that has to do with anything I don’t know, but the petition said I was looking to put in high density residential on Young Ave.

“Really, to say that my motion favoured high density residential and instead it was designed to look at an option that might be preferable. No where in that notice of motion does it mention high density, or multi-unit. Instead, the motion called to protect the conceptually sensitive nature of the street,” says Adams.

Question: Why did you withdraw the motion if you felt it was designed to protect the charm of Young Avenue from the Tsimiklis  as-of-right development?

“Well, because it needed 12 councillors to support it and the mis-information was probably not going to happen.

“My motion would have given the residents an opportunity to have a say in what they’d like to see. This motion was all about public consultation. There were no perceived issues.

“That was all that was about, the motion. People made stuff up, for whatever reason, I do not understand.”

“However, they chose not to do that, and now the street will be lumped in with everybody,” Adams concludes.