New Column: Moving Up the Ladder — Executives On the Rise: Hotelier Guido Kerpel

Editor’s Note: Welcome to a new Notebook feature, ‘Moving Up The Ladder — Executives On The Rise’, in which we profile Halifax and Nova Scotia executives.

This inaugural column is by my new hire, Phil DeMont, who has retired after a 40-year career as a Toronto financial journalist and returned to his native Halifax. If you have a profile idea about a rising executive profile, please send a note to andrew@themacdonaldnotebook.ca

One morning a few years ago, the hotel executive was convinced to descend the outside of Halifax’s Westin Nova Scotian to raise money for cancer. Thirteen floors later and with eyes as wide as saucers, Kerpel headed for the bar.

“It was nine in the morning. And I needed a pint of beer,” he said.

Kerpel might not need the funny-looking helmet or a morning calm-me-down anymore, but his new title might have him still doing some similarly high-heights rappelling.

That’s because the 55-year-old native of the Netherlands and longtime Haligonian has just been named chief operating officer of New Castle Hotels & Resorts, a Connecticut-based company that owns and operates hotels in North America. 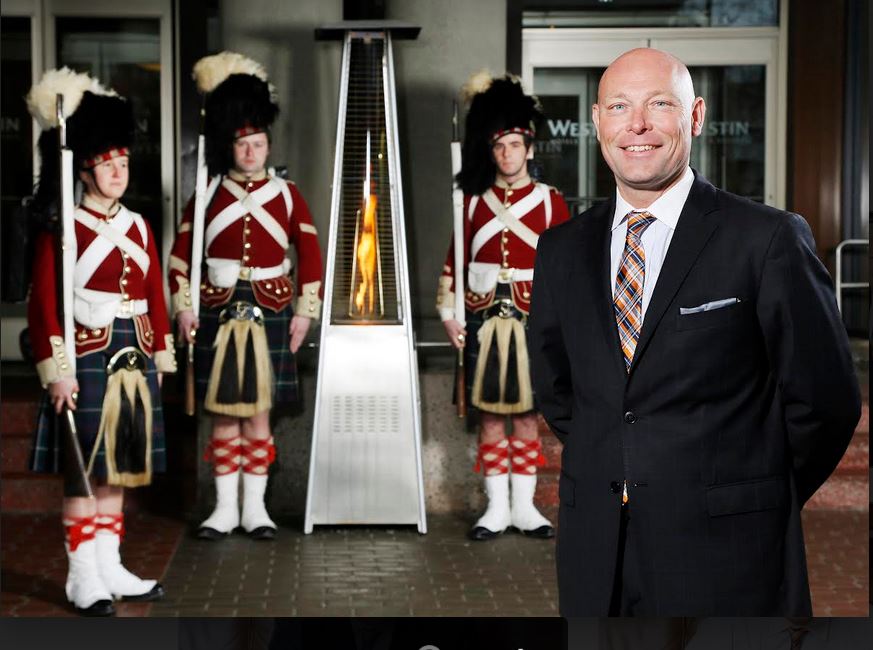 In eastern Canada, New Castle has the Westin Nova Scotian, two hotels in Dartmouth, three in New Brunswick and operates Liscomb Lodge on the Eastern Shore for the provincial government. Until its recent sale, New Castle also had the same deal to operate Digby Pines Resort and Spa.

All told, New Castle has stakes in 20 properties in Canada and eastern United States, totalling about 3,000 hotel rooms.

And Kerpel is now responsible for making sure these facilities are running as efficiently as possible.

“We’re trying to optimize the processes we have in place,” Kerpel said, outfitted in jeans, loud socks and a suit coat while chatting in the Westin’s lobby.

FOLLOWED HIS HEART, FOUND A CAREER INSTEAD

Kerpel’s latest promotion is the most recent in his 30-year wanderings through Canada’s hotel sector. His journey started in Toronto in 1988 after graduating from the prestigious Hotelschool in The Hague in the Netherlands.

Kerpel followed his then-girlfriend to Toronto where he scored a job in the Prince Hotel. 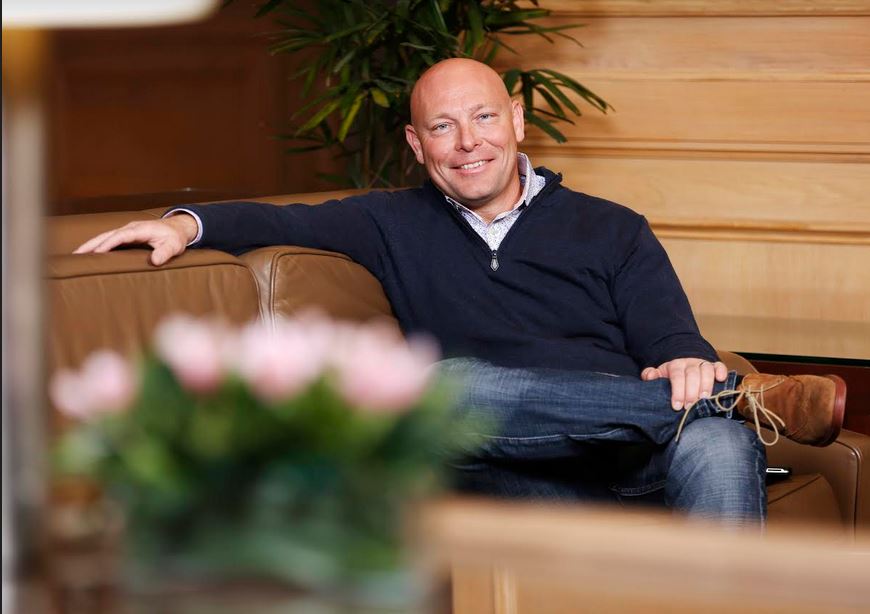 Guido Kerpel has lived 20-years in Halifax as a leading hotelier. He is a native of the Netherlands.

Then there were stints in Ottawa and Vancouver. By the turn of the century, Kerpel decided to pull the parachute on Delta Hotels, where he worked, after the overly-bureaucratic Fairmont Hotels snapped up some Delta properties.

“It was time for me to get out,” Kerpel said.

Luckily, New Castle had a problem.

The American company sank its roots in Atlantic Canada earlier in the decade. The main impetus behind the move was the desire of company founder and current chief executive David Buffam to lower his handicap.

“Dad was very into golf, started going to Nova Scotia. He loved the Maritimes, the sailing, the geography, the beautiful landscape…and the golf,” Julian Buffam, a partner in New Castle, told a publication in 2018.

But New Castle had just bought the old Canadian National Railway hotel at the foot of South Street. The hotel had been closed for some years and was six days away from being demolished when New Castle stepped in with a $4 million cheque.

The company, however, needed someone to revive this dead property.

PUMPING LIFE INTO A HALIFAX LANDMARK

Enter Kerpel hired as the Westin Hotel’s general manager in 1999. Even with the hotel’s history, turning it around took hard work, he said.

“It wasn’t easy for the first couple of years,” he said. “This was a pretty bad area of town.”

New Castle sunk some money into the hotel (“Not all that much,” Kerpel said) and made a push to become more community-oriented. For example, unlike most hotels, the Westin keeps some time in its banquet room available for community groups rather than only for large corporate gatherings. And there is the Westin’s well-attended weekend brunch.

“We don’t make money on it, but it turns those customers into ambassadors for what a good hotel this is,” Kerpel said.

New Castle realized that the Canadian market, especially in Atlantic Canada, had more opportunity and less competition than other regions in North America.

“It costs a fortune to buy a hotel in New York City. And the returns aren’t that great,” Kerpel said.

In 2018 (the latest available yearly figures), Nova Scotia saw a record year in terms of tourism revenue — at $2.6 billion — and visitor levels only slightly less than the provincial record set one year earlier.

Guido Kerpel was named general manager of the Westin Nova Scotian in 1999. He has just been promoted to the hotel’s owner, New Castle Hotels as chief operating officer.

In 2019, however, Halifax’s lodging sector took a bit of a hit. Occupancy room rates were off about one per cent, according to Horwath HTL, an international hotel research firm. Fewer tourists headed to Nova Scotia last summer because of fears of getting caught in Hurricane Dorian, which blew through the province in the first week in September.

Between June and September 2019, about 60,000 fewer visitors came to this province the number of visitors coming here compared to a year earlier, mainly because of hurricane concerns, according to Tourism Nova Scotia.

Experts said, however, that drop was basically a blip in Halifax’s hotel scene.

Halifax’s economy remains solid, a factor that should boost the revenue outlook for lodgings in the Halifax Regional Municipality this year, said HVI, another hotel consultancy, in a recent note.

“The economic outlook for Halifax is healthy. Since 2016, the (sector’s average daily room revenue) has been rising at a steady pace and is expected to continue on this upwards trend,” wrote the company in its latest update on Halifax-Dartmouth.

HVI estimates that the industry’s revenue per available room will reach almost $109 in 2020, a jump of nearly 30 per cent compared to cash-in-the-door five years earlier.

Kerpel said Halifax represents a type of financing opportunity. For New Castle, Halifax consistently has about 70 per cent occupancy rate with $160-$170 per room year after year, he said.

“Halifax isn’t a gateway city where revenue is going up and down like a toilet seat,” Kerpel said. “The city is so incredibly stable.”

That means New Castle can build establishments in riskier areas because the Halifax hotels spin off stable cash levels, he said.

Atlantic Canada could boost its tourism prospects even more by coordinated marketing, Kerpel said. The region could get more travellers from western Europe. But those potential tourists can’t tell the difference between a beach in New Brunswick and one in Nova Scotia, he noted.

As an immigrant to the region, Kerpel also noted that companies could do more to keep students who come from away in Nova Scotia. His hotel, for example, has brought in students from European hotel schools as interns. That type of experience exposes these younger professionals to the province and gives them work experience in Halifax, Kerpel said.

As Kerpel started building out the new Westin, he set down a life in Halifax.

Married with adult children, Kerpel is fit at the half-century plus mark. Once a big rugby player, he gave the game up years ago. Instead, he spends his time cycling, running, watching the occasional episode of the CBS news show ‘60 Minutes’.

He’d watch more Netflix movies, he said, but he and his wife rarely agree on what to watch.

“She loves romantics; I like a little more action,”Kerpel said.

So, instead he heads to the wine cabinet.

And that might be a better choice than beer if Kerpel decides to do more early morning rappelling.