As I noted in my third instalment of the new feature ‘Meet A Millennial Entrepreneur’ about Dave Culligan’s new two-year-old enterprise in the agency world, one of his new business savvy advisory board panel is Halifax-Toronto business leader Robert Zed.

“I have known Dave for a number of years and I have watched this young man blossom from a keen high school football player and family friend to a talented university player at St. FX and SMU, and now as a clever determined and successful entrepreneur in our community,” says Zed. 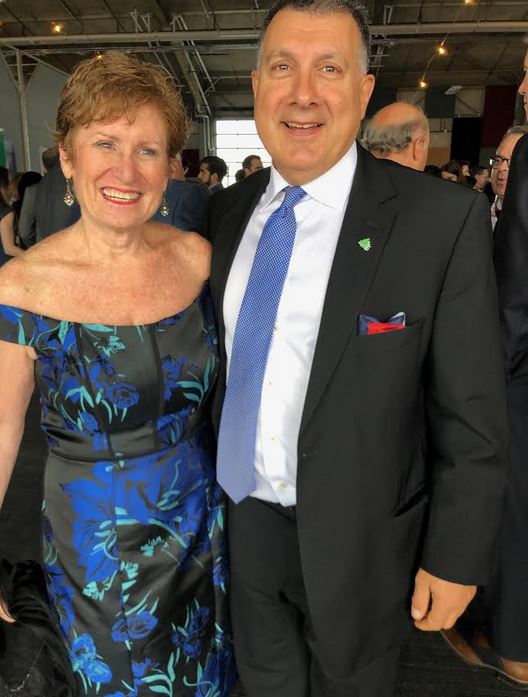 “When Dave graduated from university, he had an urge to tackle his career in an unconventional manner and turned his talent to the craft of creating video. For one whole year in 2016, he shot a one-minute video every day featuring a different part of Nova Scotia,” says Zed, whose son William befriended Culligan as a high school football and lacrosse player.

“From this project, he created a complete media company called, what else but, threesixfive,” Zed tells The Notebook.

“He has developed some impressive clients and delivers powerful video products. He has seven employees now and just last week expanded to Ontario and has opened an office in Toronto, in addition to his headquarters here in downtown Halifax,” Zed adds.

Zed, from an entrepreneurial Lebanese family in New Brunswick, is now is mentoring Culligan as well as 100 other emerging and new upstart entrepreneurs.

I am blessed to have Zed’s keen business mind, mentor me, too. The Notebook is fortunate that folk from regional billionaires to owners and operators of various companies kindly give me advice — whether praise or, more importantly, blunt critiques — since I am just into year three of being a media entrepreneur with The Notebook.

Zed encouraged the 27-year-old Culligan to set up an advisory board to provide business advice on running his agency business, involved with video commercial production, content, branding and strategic needs..

Even Halifax’s largest private apartment landlord, Jim Spatz of Southwest Properties, gets advice from an advisory board, which includes former leading stock broker and man about town, Doug Hall, who privatized Nova Scotia Power in 1992 after being personally tapped to offer the public share offering by Premier Don Cameron. 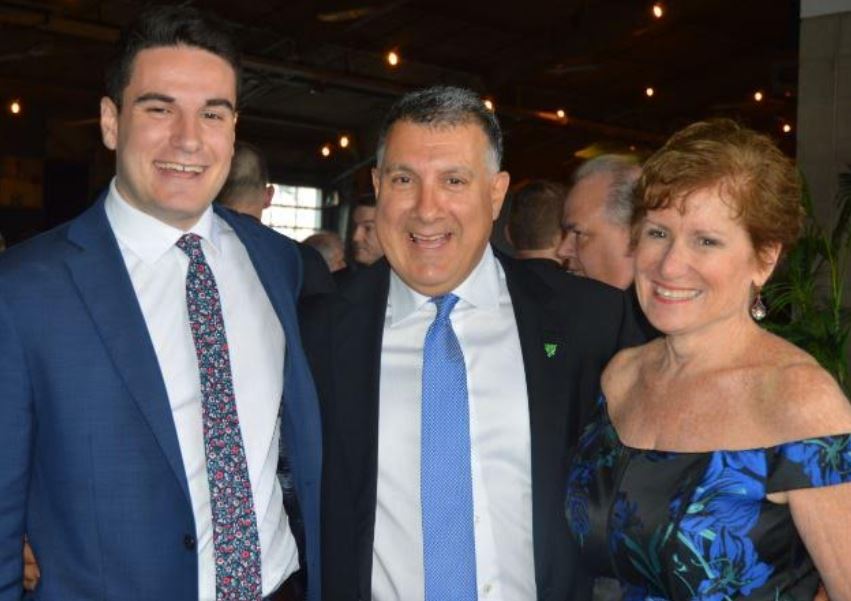 Zed organized Culligan’s board of advisors — some of Halifax’s most successful entrepreneurs — and it consists of Zed, Ambassatours tour bus and eatery titan Dennis Campbell, and entrepreneurs like Holly Bond, vice-president of the Greater Halifax Partnership, and Jen Wagner, president of Carbon Cure, an innovative Atlantic company involved in environmentally friendly concrete industry. Well known serial entrepreneur, Ron Lovett, only in his early 40s, is currently doing affordable housing apartments in Lower Sackville, and began his business career running a North America-wide security agency, and he doing work for Hollywood celebrities, out of Halifax offices.

Because Culligan just last week opened a two-person office in downtown Toronto, health care exec Michael Peters, a Zed biz associate, rounds off threesixfive’s advisory board. Peters is the executive vice president of business and corporate development at St. Elizabeth’s Health Care in Toronto. “He is a bright guy. He is a corporate lawyer, and he has connections in the East Coast,” Zed tells The Notebook.

Having Peters aboard is important, adds Zed, “especially as Dave expands into the Toronto marketplace. It will be good for him to expand his horizons and network.

“The reason why you want an advisory board it gives you an opportunity to get a good clean look at yourself, with people who care about you, but they want to give you the best opinion that represents more than what your opinion of yourself is,” explains Zed.

“As an entrepreneur, it is important to know what reactions are in the marketplace, see and hear of best practices, and give connectivity into the environment. That is really the cornerstone of mentorship, when you build relations, and then you generate loyalty and it changes your pattern and behaviour. That is what an advisory board helps you with,” Zed tells me.

Having someone such as business leader Dennis Campbell on Culligan’s advisory board is a coup for the 27-year-old.

“He’s a business leader, a titan, and very creative guy and he has huge spirit, and strong community leadership, and I think he has good business acumen, balance, and a big heart,” Zed notes. “The advisory board can give Dave exposure to more people and new opportunities,” says Zed.

At 27, Culligan is the oldest person at his threesixfive agency shop, which has two Halifax office pads in a Farhad Vladi-owned building in the downtown. His youngest worker is a part timer, a 17-year-old high school student.

Question: Culligan is surrounded by youth, and millennials, so was it important his advisory board has established business leaders in their 40s, 50s and 60s?

“I think that is one thing, and that was my emphasis,” Zed says, “but I think as the board forms, he’ll probably want to get other perspectives.

“Dave is so acutely aware of millennials and Gen Xers, and that is the target group,” so having more established business leaders helps to round him out is important for Culligan as a new upstart entrepreneur.

“I have 85 folk in my leadership forums that I hold, and, along with my business partner Andrew Russell, the Dartmouth kayak Olympian, it is more like mentoring 100 entrepreneurs,” Zed tells The Notebook.

“He and I formed this company called Prime 101, part of my Triangle Group, and it is designed to help emerging leaders to work towards success. I get my fix from mentoring emerging leaders, and I know the values that I have obtained in my world come from learning from others.”

Zed’s, who is currently writing a book on his business life, says his mentoring is more focused on the intellectual side, giving personal and professional advice, but he also might invest with upstarts or partner with them, too – he has not invested with Culligan’s upstart.

Because of the struggle to get started in the Maritimes business community, and the tight bonds that exist here, established business leaders are very generous with their advice to new business operators.

I even find my business readers are more than glad to help me succeed as a new media entrepreneur. A certain regional billionaire will praise my work and offer harsh critique, as necessary, but I am a firm believer that ‘constructive criticism’ is invaluable to improving one’s given station in life.

Question: What is it about the Maritimes business community that it is so accommodating in offering advice and mentoring, which I think is unique to this region of Canada?

“I think there is a general camaraderie and we want to make sure we look after people from the Maritimes,” Zed tells The Notebook.

Zed was mentored himself

“I have spent a life time learning from my mentors, and I keep in very close touch with them. They helped and still help my forum.

“The mentors I have worked with include Ruth Goldbloom, Ruben Cohen and Robbie Shaw, John and Carol Young, John Risley, and Allan Shaw. These are all very influential people in helping my business career over the years.”

Question: You were mentored by the great Halifax–Moncton financier and banker of the 1960s-80s, Ruben Cohen, who died a few years ago in Moncton. The billionaire started Central Trust and Guarantee Trust, but later lost it all to bankruptcy because he hired the wrong executives. What advice did he impart?

“I was just young and wet behind the ears, when all this was happening, and I got to spend a lot of time with Ruben, tons and tons of time, and visit him at his home in Moncton, and I flew all around the world with him in his private jet because I was president of the world-wide Dalhousie Alumni Association and he was the university’s chancellor.

“He would always tell me to be good to people, always pay attention with the people you do business with, and he talked about trust and loyalty — all the time. He lost his company in the end because he trusted the wrong management and executive.

“The biggest thing he advised me on was loyalty. You make sure you have loyalty to the people that got you here and where you are going to go.

“He was all about the full human condition and being good to people, and this man was a billionaire, and nothing mattered to him — his art collection, meeting world leaders and his relationship with them, because he took time with relationships with people and they trusted him — more than his family.”

In 1998, Ruben Cohen wrote a fantastic book detailing his rise with his trust banks into the top echelons of the Maritimes and Canadian business community. Available on Amazon in hard cover for $54, and likely available at the fine Halifax-Dartmouth used book stores, the book is called Time to Tell: The Public Life Of A Private Man.

The book is a valuable business lesson to emerging entrepreneurs, especially millennials. Cohen chronicles his meteoric rise to business pinnacles, and also writes about his fall into bankruptcy. What makes this book charming is that several chapters are devoted to his wife, and daughters, offering a personal glimpse into this Maritime business titan’s life.

I highly recommend the book, if you haven’t already read it. I read it first as a 20-year-old, and later a second time as an adult.