With Nova Scotia restaurants being mandated by the Nova Scotia government to close their seating areas, and only serve take-out food, I’d like to plug an independent Downtown Halifax eatery.

Operated by a husband and wife, originally from far away lands, Shiraz Restaurant has been my go-to place for fine foods – for years.

The hard-working restaurateurs opened their shop in Downtown Halifax in 2010. His name is MOHAMMAD TABESH, and she is ZAHRA HAJIMOHAMMADY, although I call her Sophie.

Billing itself as offering The Flavors of Persia, this two-person shop delivers its meals via Uber Eats, in Halifax.

They are housed in a small building at 1240 Hollis Street, near the charming and historic Westin Nova Scotian.

Shiraz Restaurant in my books has the best Middle Eastern food fare in all of Halifax. Their affordable priced lamb shanks are simply divine. Located on Hollis Street, in a tiny building which in the 1980s housed a taxi cab stand. Google image.

The two team restaurateurs also note on their website: “We deliver to your home & office”.

You know their meals are good – when their dedicated patrons include lots of Middle Easterners as customers – and many Middle Eastern university students.

As the coronavirus pandemic forces large chains like Tim Hortons to close its restaurant seating areas, it is also important for Haligonians to support our local independent entrepreneurs in this immense time of global upheaval.

And Shiraz is as local as it gets. As immigrants from Iran, this extremely hard-working husband and wife team underscore the success immigrants can bring to the entrepreneurial and cultural life of our fair City of Halifax.

Their divine Persian Cusine served in a very tiny building, adds to the foodie experience that has transformed the dining sector in this city, over the last decade. 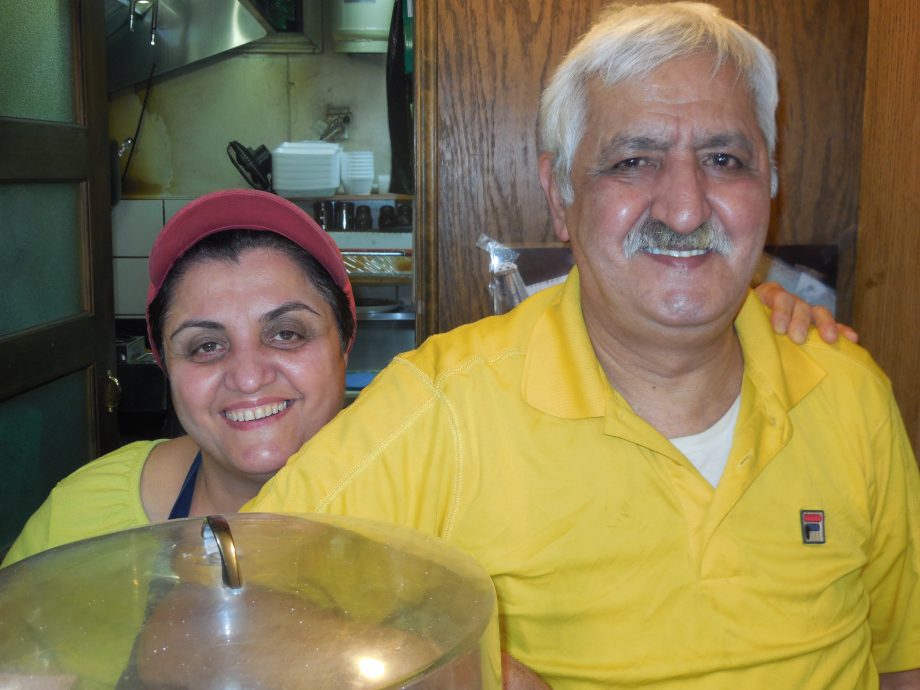 The hard-working husband & wife duo behind Hollis Street’s Shiraz Restaurant – the finest Middle Eastern food in all of Halifax. His name is MOHAMMAD TABESH, he is the skilled cook and she is ZAHRA HAJIMOHAMMADY, welcoming customers in her friendly manner and ringing in their orders, although I call her Sophie. The Notebook photo.

When I first moved to Halifax in 1995, the place to go for a quality steak was Hogie’s on Quinpool Road.

Today, proper and quality steaks can be had at Robert Risley’s Cut, for instance, although the long-running steak house at affordable prices has to be the Keg.

As for Shiraz, here is what they state on their website – please feel free if you are isolating from a foreign trip, to give them a call and support our local hard-working independent restaurateurs: 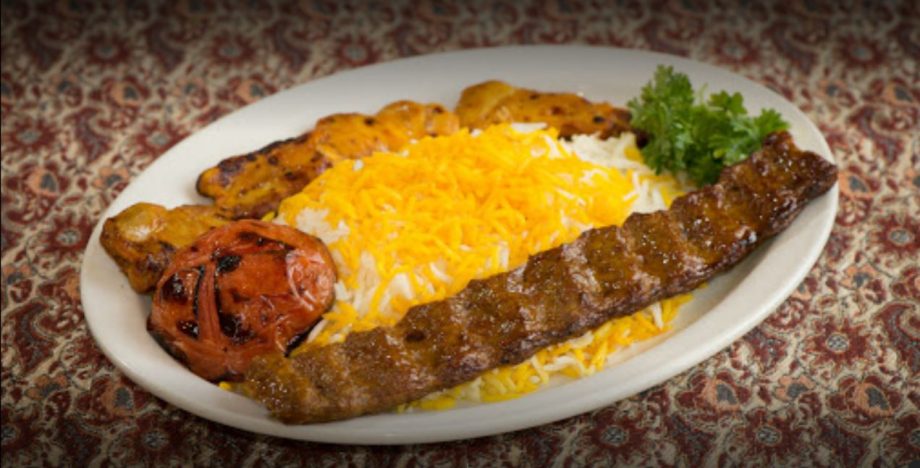 The best Middle Eastern food to be had in all of Halifax is in my books the offerings at Shiraz Restaurant, a husband and wife team on Hollis Street, near the historic and charming Westin Nova Scotian Hotel.

“Persian Cuisine is one of the unexpected. While its basic ingredients are familiar to most, such as lamb and rice, the ingredients that enhance it, while not unknown are used infrequently in Western cuisine”, states the Shiraz website.

From a tiny former 1980s cab stand to the best offerings of Middle Eastern food to be had in all of Halifax, Shiraz Restaurant’s meals are simply divine.

“Persian cuisine influenced all the Middle East with its kaleidoscope of colours, texture and flavours. It is one we invite you to share”, says the Hollis Street Shiraz eatery. 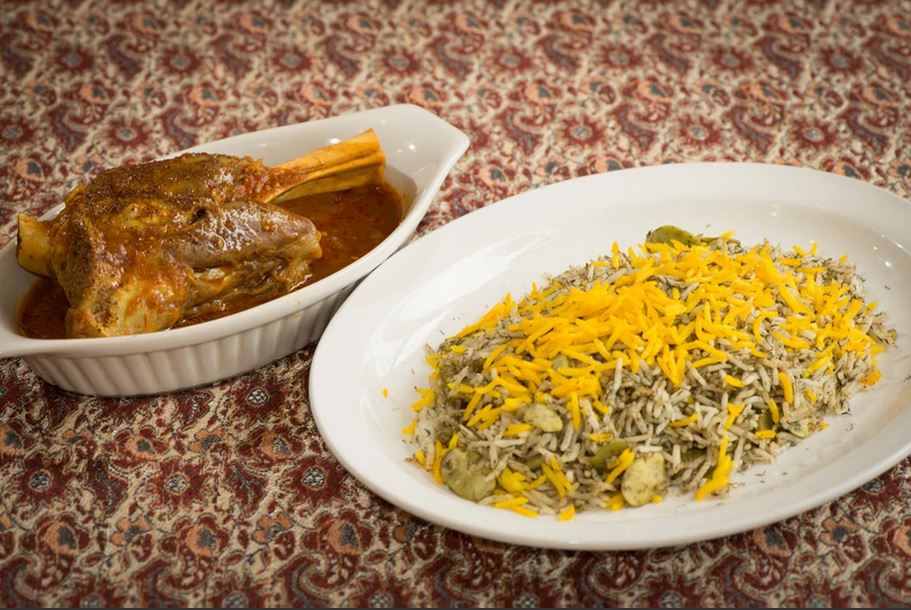 Please support our local independent eateries and restaurateurs during this global pandemic – if you are in the mood for take-out delivered to your home or office in the City of Halifax.