A Maritime Photo Moment: A Five-Masted Schooner In Nova Scotia In 1927, A Rarity Even During Age Of Sail

The Maritime Museum on the Halifax Waterfront does contain information about four-masted schooners:

“This design attempted to reduce individual sail area, raise tonnage, and still manage with a small crew. In the early days, sails were hoisted by hand, but gradually the gasoline hoisting engine was introduced, saving work, wages, and food. She could operate with eight hands and reached 500 to 700 tons. At the turn of the century, these schooners were used in the coastal trade between Canada and the United States, the West Indies, South America, and some trans-Atlantic voyages were made to Europe and West Africa,” says the Maritime Museum of The Atlantic.

“Nova Scotians built and operated between seven and eight hundred big schooners, but by the First World War, most had passed out of the picture. Along the New England coast, a number of five- and six-masted schooners were built, plus one seven-master, the steel-hulled Thomas W. Lawson,” adds the museum.

But, in this edition of Maritime Photo Moment, we showcase a rare find: a five-masted schooner at work in Nova Scotia, carrying lumber in 1929 in Antigonish Harbour. 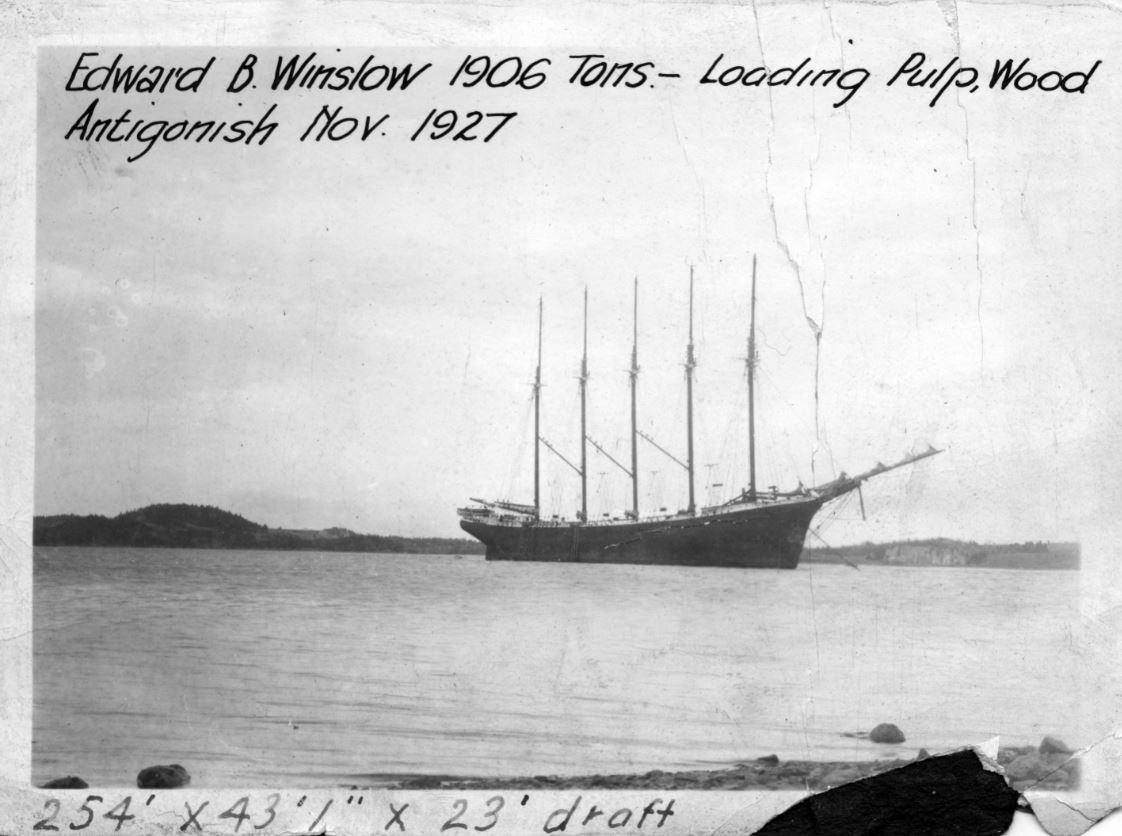 The five-masted schooner Edward B. Winslow sailed in Antigonish Harbour in 1927, transporting pulpwood. (The Notebook collection).

The five-masted schooner contained in this edition of my new column, Maritime Photo Moment, featuring the 1927 photograph from my personal art collection. What is stunning about this black and white photo is that it depicts a five-masted schooner being loaded with pulpwood.

Back in the 1920s and ’30s, Liberal politico A.S. MacMillan operated a pulpwood company in Antigonish Harbour. He would go on to be highways minister in the 1930s in the Angus L. MacDonald government, the first to pave dirt roads in the province. A five-masted schooner was always a rare sight. Much more common were the two-masted fishing schooners like the Bluenose and its modern replica, Bluenose II. 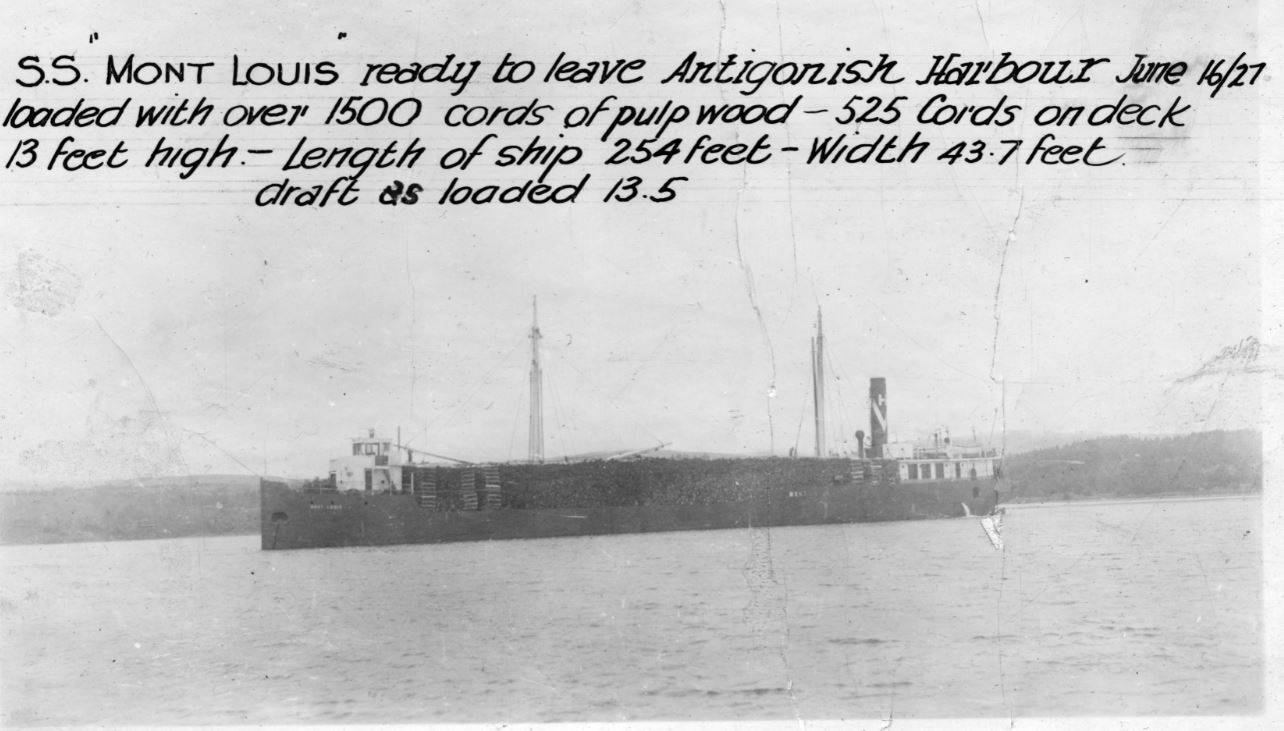 The S.S. Mont Louis in Antigonish Harbour, June 1927 loaded with over 1500 cords of pulpwood. (The Notebook collection).

The photo was in my dad’s collection, given to him in the 1960s by an engineer with the federal Public Works department who would supervise my dad’s building of marine wharves across the Maritimes. At the time, Public Works was cleaning out old files in its Dominion Building compound on Bedford Row, Halifax.

The engineer ensured the photo and others depicting marine vessels in the 1920s working in Antigonish Harbour did not end up in the waste bin.

This article includes the photo of the five-masted schooner, and one of the Bluenose II taken by me during summer 2018, as it sailed out of its homeport of Lunenburg. 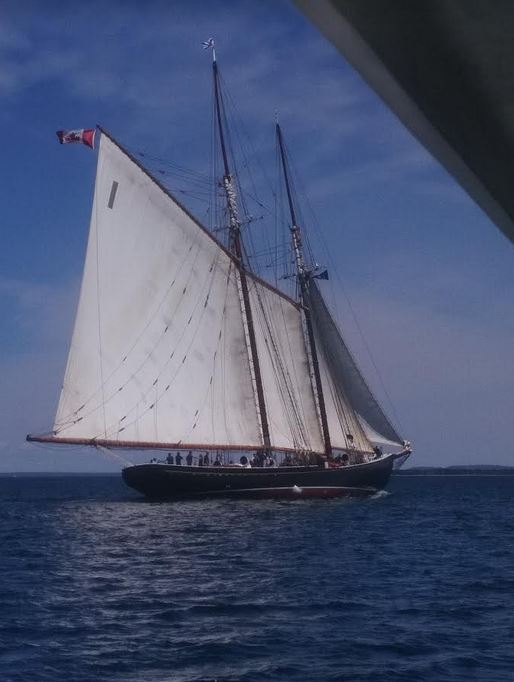 The Bluenose II sails out of Lunenburg Harbour Sunday, July 8th, 2018 heading to the next port of call Sydney. The Notebook file photo.

Today, you’d never get a five-masted schooner into Antigonish Harbour, even modern fishing vessels can only enter or exit at high tide.

Back in the 1920s, the historic photos in my collection depict a massive and ambitious dredging project in Antigonish Harbour, as you can see from my photos in this article. There are also some photos from the 1920s of Antigonish Landing and Ballantyne’s Cove. 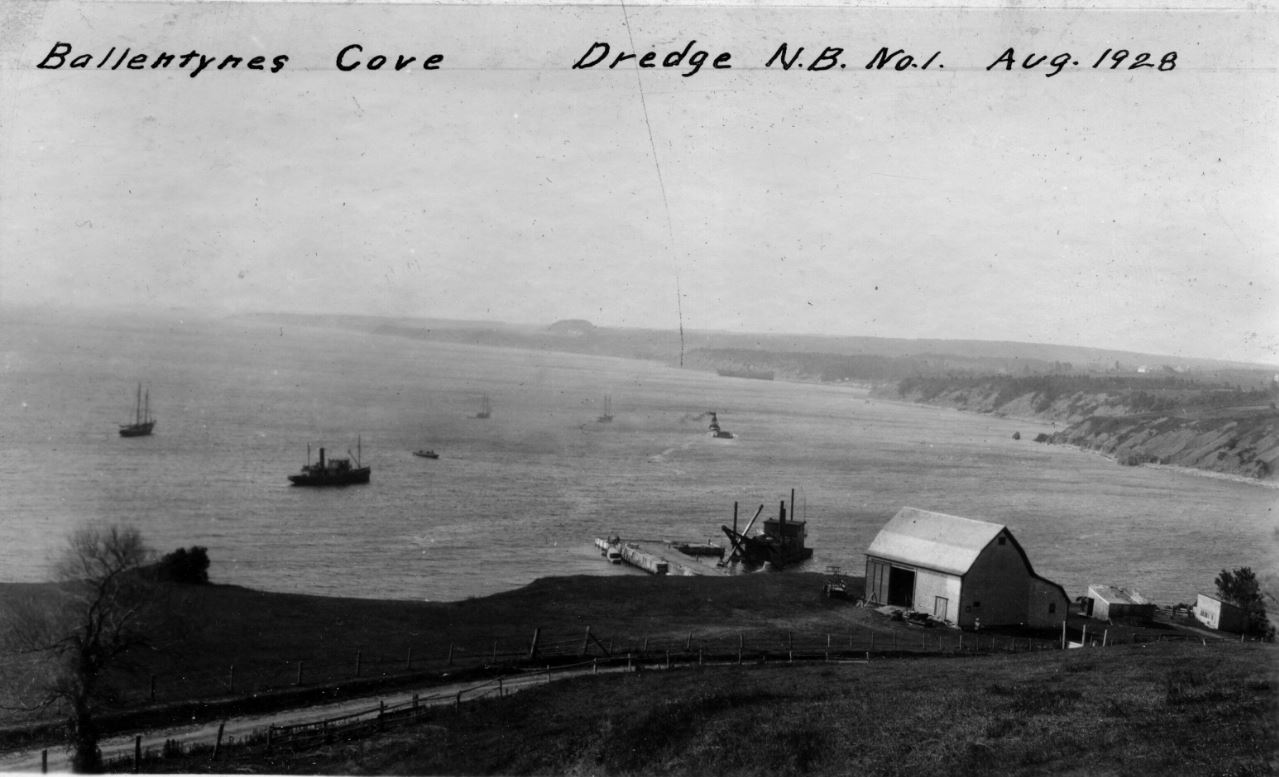 Speaking of Antigonish Harbour, engineer Ernie Porter, former chairman of Lindsay Construction, plans to build an oyster farm there so he can keep his children in Nova Scotia. The proposed farm site is where members of Canada’s First Nations introduced oysters in the 1750s to the United Empire Loyalists led by Anglican Timothy Hierlihy. 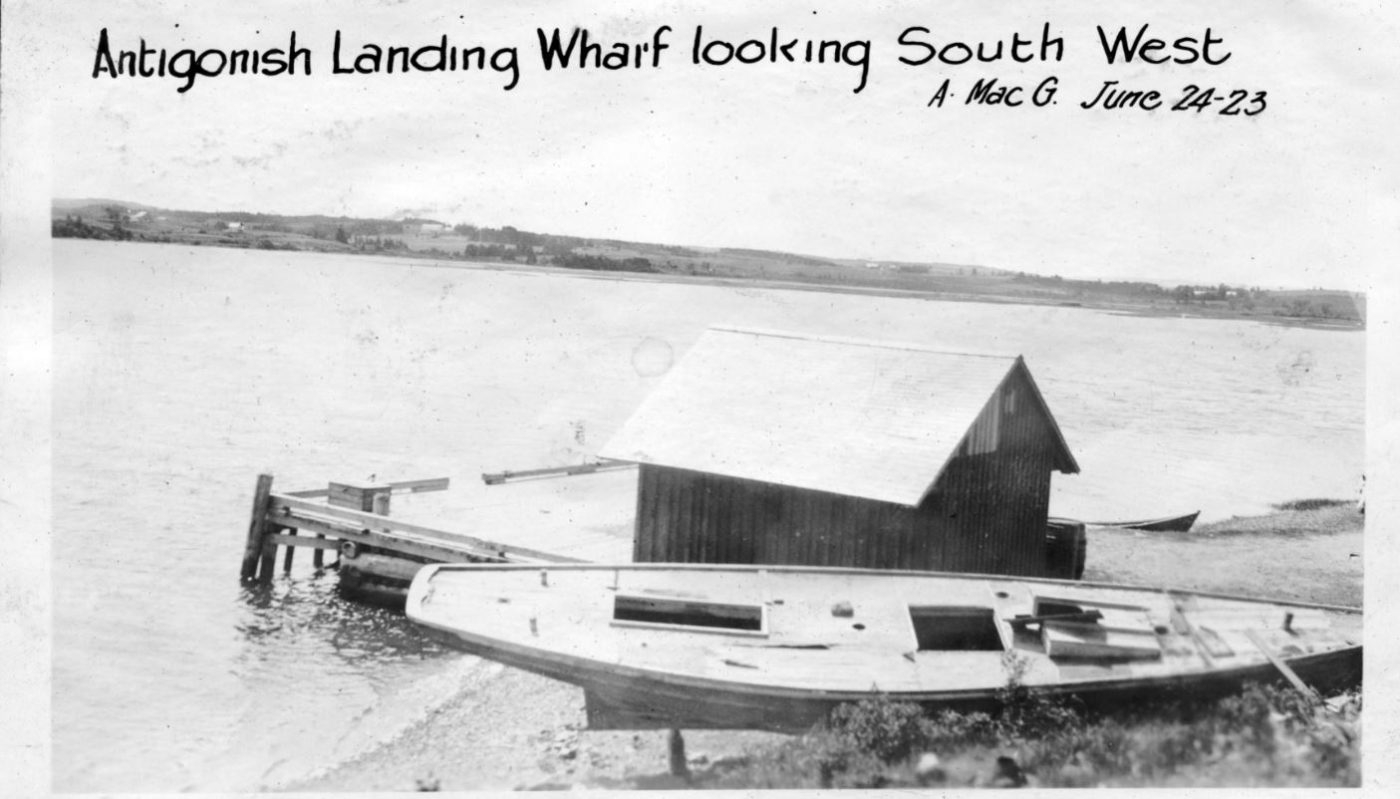 Antigonish Landing in 1923. (The Notebook collection)

The site has an element of NIMBY opposition attached to it, mainly a residential enclave that the late ‘Pizza Joe’ Stewart, built 40 years ago.