As I noted the other week, realtor Larry Allen says the units will range from 500-square feet to up to more spacious 1,000-sf.

In the last four to five years, the new trend for condo and apartment units in Halifax is what you could call ‘postage stamp’ units – ultra tiny condos and apartments.

And, Red Door Realty’s Phil Slauenwhite says in a matter of time Halifax will see the same nano size units as is popular in Toronto – where some units are under 200-sf.

The Macdonald Notebook has in recent years featured the advent of ultra tiny studio units in Halifax. 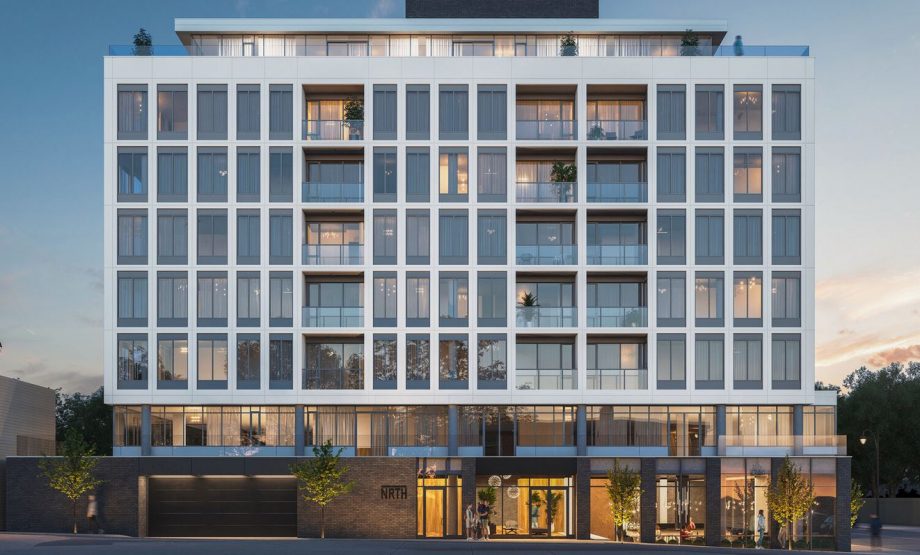 Developer David Wex plans this project for the corner of Gottingen & Bilby streets. Nrth Condos will offer some untis at 500-square feet.

The Jim Spatz-owned Southwest Properties built 90-units at Pavilion Condos, and some units are under 500-sf.

They will go with some smaller units at its proposed Cunard Block, where some units will be as tiny as 427-sf.

Prior to that, developer Peter Ryan a quarter century ago built 550-square-foot units at Waterfront Place, a 156-unit condo building on Lower Water Street.

Those units now sell for $246,000, showing phenomenal appreciation given the postage stamp-size condos which originally sold for $60,000.

Toronto condo developers are even offering units between 175 sf and 300 sf, so called ‘nano’ condos that are all the rage there. 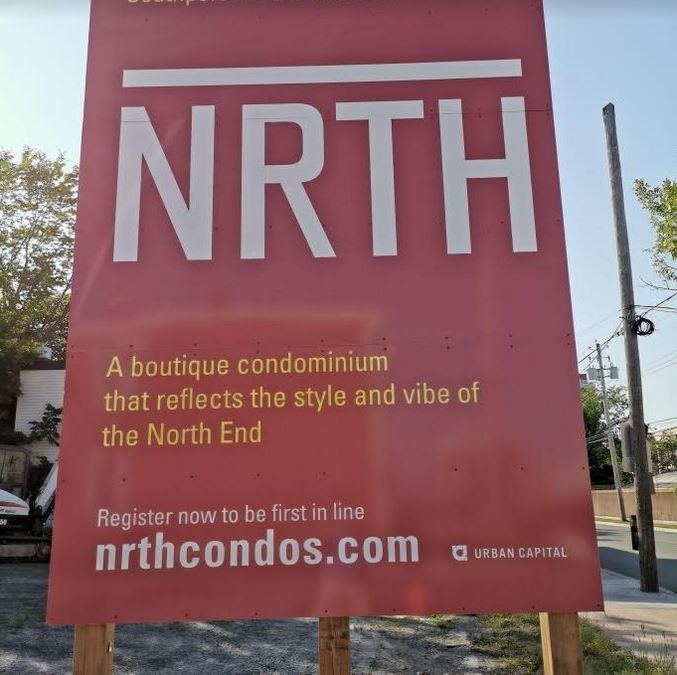 The proposed Urban capital Nrth Condo project will have utlra tiny condo units, some at just 500-square feet, it is proposed for the corner of Gottingen & Bilby streets (The Notebook photo).

And Slauenwhite tells The Notebook those type of ultra tiny units, essentially a bachelor or dorm-style condos, will eventually get built here in Halifax.

In Toronto the smaller units address an affordability issue, so are popular.

Speaking on the Nrth Condo project, which will see a pre-sales campaign launch end of the month, Slauenwhite hears “all of the units will be very, very small” with many 800-600-sf, and even 500-sf, as I mention above.

At Pavilion, some of the units were built at 492-sf, where Slauenwhite was part of a three realtor sales team, with Carolyn Davis-Stewart & David Dunn. 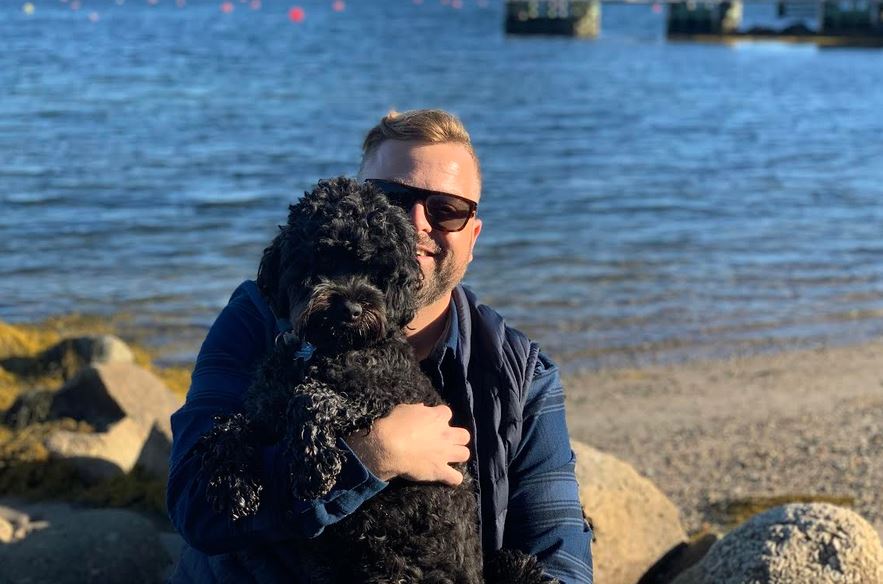 Red Door realtor Phil Slauenwhite helped sell the posh Pavilion condo project, where some units were tiny at 492-square feet. He is seen with his lab-poodle mix, Buddy.

“They were among the first to sell”, says Slauenwhite.

Ultra tiny units offer “more efficiency and they are popular with condo buyers, especially with housing values going up – it’s an efficient way to spend money, because with a smaller space you’re operating costs are lower, your condo fees are lower, and your utility costs are lower”, adds Slauenwhite.

“You have more money to portion towards a mortgage, and carrying costs”, he says.

“People who live in them enjoy it, when you are surrounded by amenties”, Slauenwhite tells The Notebook.

“It’s a good way to spend your money and not wasting it on superfluous space, and things you don’t need or space that you are not using”, the realtor explains. 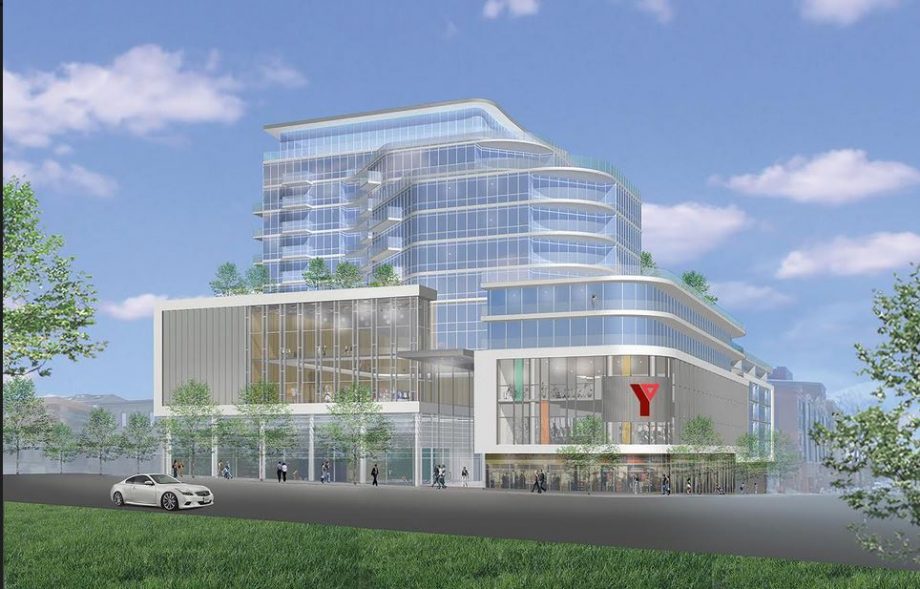 Jim Spatz built some units at Pavilion at 492-square feet. They were among the first to sell at the 90-unit Halifax Downtown condo project.

He says it’s a matter of time before the nano sized under 300 sf condos in Toronto come to the Halifax market. “I think we will see that – for sure”.

“In fact, the first developer to do a building like that here, will be ahead of the curve – they will prove to be very,very popular”, Slauenwhite tells me.

“Are people willing and able to enjoy living in that type of dwelling? I think so – if they can do it in Toronto, and I don’t see why it would not be done here, especially because of the price point”, he adds.

“Theoretically half the size is half the price – something at 200 sf would have a reasonable price point, even on the Peninsula.

A nano-sized unit would appeal to a first time home buyer, single empty nester, or to a buyer in rural Nova Scotia, who might want a pied a terre I the city, he says.

Urban Capital’s Southport Condos & David Graham’s Harris East, in recent years, saw some of the smaller units to be the first to sell.

At Southport, built adjacent the Tim Hortons outlet on Barrington Street, the units started at 467 square feet, and went up to spacious 980 sf.