Exclusive: Real Estate: Hot Homes In Spryfield – Abode Goes $115,000 Over Asking -Buyers and Would Be Buyers In Multiple Offer Wars

Topic: Real Estate: Hot Homes In Spryfield: 25 homes in this community went over $50,0000 on asking prices over the last 12-months.

“When was the last time you were in Spryfield, Andrew – when was that?”, asked Stephen Adams, when I caught up to him to talk of his new job and role, after 30-years as the People’s Rep for Spryfield.

I told him, it would have been 2020 and again in 2019, when Adams took me on a tour in his Dodge pick-up truck to explore the new modern era for the community, with desirable and affordable new housing – including 600 homes in Governor’s Brook, built by George Armoyan.

And, then I told Adams, I was also in Spryfield in the fall of 2020, having lunch with a Loblaw executive, in a then successful mission to sell the largest grocer chain in Canada a Notebook advertisement – which is currently among my roster of advertisers.

At that eatery known as The Station Six, Adams was there having lunch with an exec from Halifax Water.

Links to Governor’s Brook and The Station Notebook news stories are found below this article.

Adams tells me that multiple offers and homes fetching over asking are occurring in Spryfield – as they are across Nova Scotia. 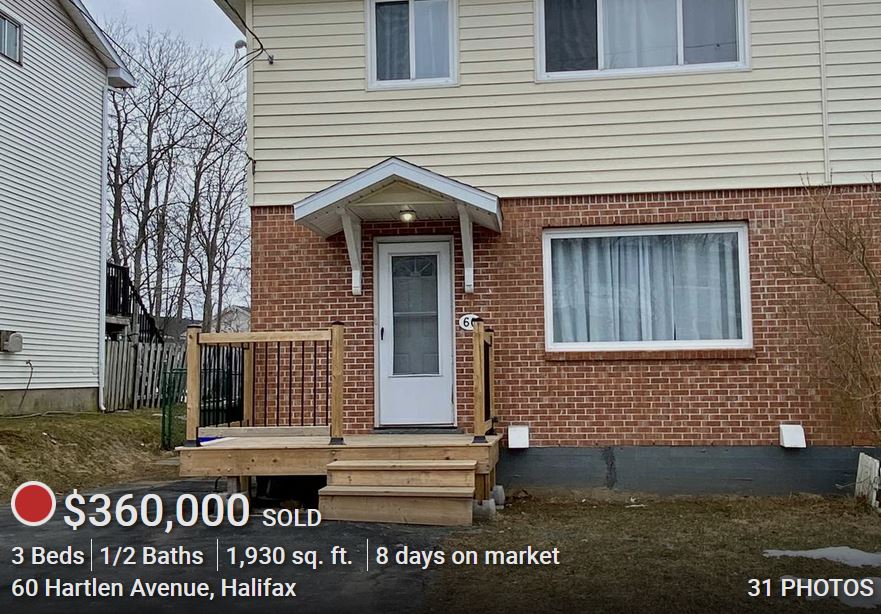 This Spryfield semi-duplex went $115,000 over the asking price when it sold in March 2021. (Viewpoint Realty).

“This three bedroom three bath, semi-detached was completely re-built (foundation up) due to fire damage. Completed in July 2007, now, other than a 45-year-old old foundation, all walls, insulation, electrical, plumbing, air exchanger, flooring, light fixtures, siding, roof are all 14 years old. Fully fenced in yard. Updates include: Fridge/stove/dishwasher- Apr 2018Washer/Dryer – Sept 2018 new sewer lateral replaced from foundation to street – May 2019 new front step – May 2019 16×20’ ground level deck – June 2015 new furnace – May 2013 laminate floors – 2018-2019. This home is within walking distance of schools and all amenities. Call today this home will not last”.

“It’s something else, things are moving along quite nicely. The housing market is sizzling everywhere”, Adams adds.

“That is an older community”, he says.

“An impressive investment opportunity close to Halifax Peninsula! This well cared for home has a spacious one-bedroom unit on the main level and a two-bedroom unit on the second level. Some recent upgrades include a new bathroom, a new back deck rail, new oil tank. The shared laundry is in the basement. There is plenty of paved, level parking and a shed for extra storage. You do not want to miss this investment opportunity only minutes to the Armdale Rotary. The home is on a bus route and within walking distance to all amenities including Sobeys, Tim Hortons, pharmacies, banks, the wave pool and so much more. Don’t miss out on this property in this hot Halifax market”. 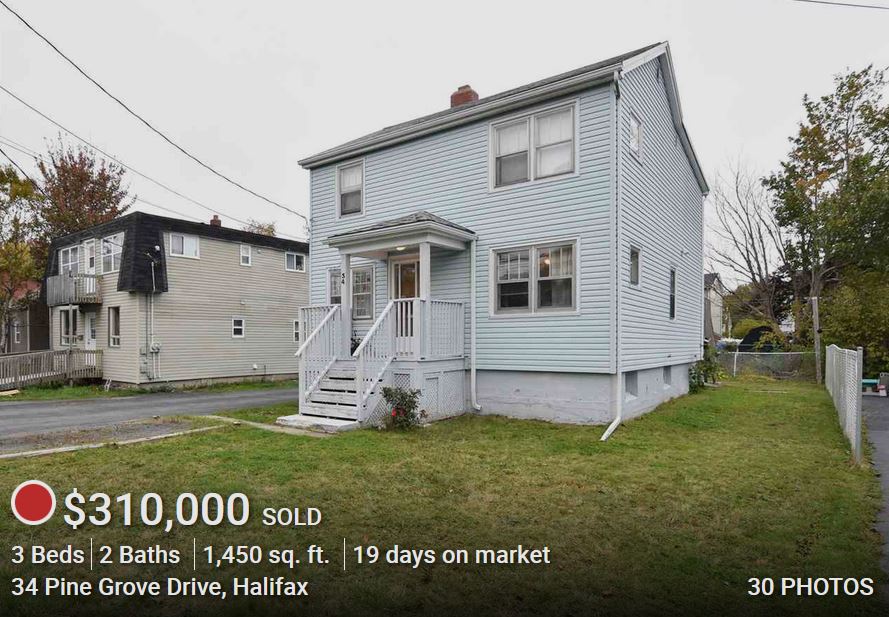 This Spryfield abode went for $30,000 over the asking price. (Viewpoint)

Question: Canada Mortgage & Housing Corp issued a statement the other week of Halifax being in a dangerous housing bubble – are we in a home bubble?

Adams replies to The Notebook: “Nope. At some point in time things will cool demand because demand won’t be there”.

Housing is being spurred on by immigrants – in 2019, NS and Halifax had record growth of new residents, 7,500 folk moved here that year.

As an example of new immigration, it is coming from other countries or other provinces in Canada such as from folk in Toronto.

“They are selling properties that are $1.7 million in Toronto and coming here to buy a little bigger property, a larger house for $700,000 – they are a $1M to the good and coming to buy in Halifax – a better way of life, cheaper to live, and far nicer”, explains Adams.

“Look at what the city offers – an international airport, a port that doesn’t freeze and you are close to Europe – plenty of flights, pre-COVID”, he adds.

He says “22% of people coming to Halifax and buying are from outside of the province. 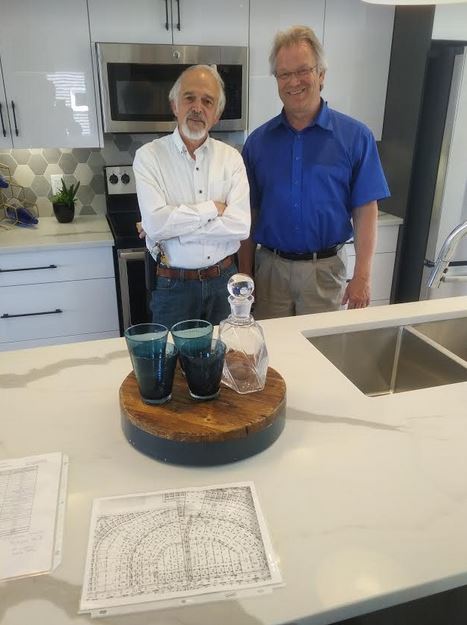 “But, at some point, the market will determine (future prices). There is a two or three-year lag, but this is going to continue along for a number of years”, he adds.

Then he says: “That is my personal opinion – that is not Urban Development Institute’s position (where Adams now works, see story on that elsewhere in this edition). It is an opinion based on what I am seeing and by talking to people”.

Question: Are multiple offers the new norm in NS and Halifax – will we see a price correction?

Adams replies to The Notebook: “There has to be – something has to happen. Here is the thing, people say, ‘Oh wow, I sold it for this amount, but they have to then buy something somewhere”.

Next weekend, in The Notebook I touch base with a Halifax realtor to explain the Spryfield real estate market and feature some of these 25 homes which sold for $50,000 and higher over asking prices.

In the above story I reference the Spryfield eatery, The Station Six, here is a 2018 archived Notebook article on that fine eatery, click here to read it

Also in the above story, there was a reference to the sell-out of all lots at Spryfield’s Governor’s Brook, here is a 2019 Notebook article on that total sell-out of house building lots, click here.