Chester Chatter: Behold The Fine Chester Home – And Then Name It!

Chester may be famed for its sailing, but it is also known for its housing, what with a plethora of grand mansions and summer cottages vying for the best views of what is truly a magically beautiful bay.

Boats have always been a prime topic of conversation among both locals and summer people, but Chester’s housing has received almost equal billing in recent decades.

Many of Chester’s stately mansions and seaside cottages have quaint names, often nautically minded and usually artfully proclaimed via a small cast-iron sign or other signage near the front door. For some examples, consider Seascapes, Ship’s Bell, Sea Urchin, Overlook, Salt Air, and The Binnacle. 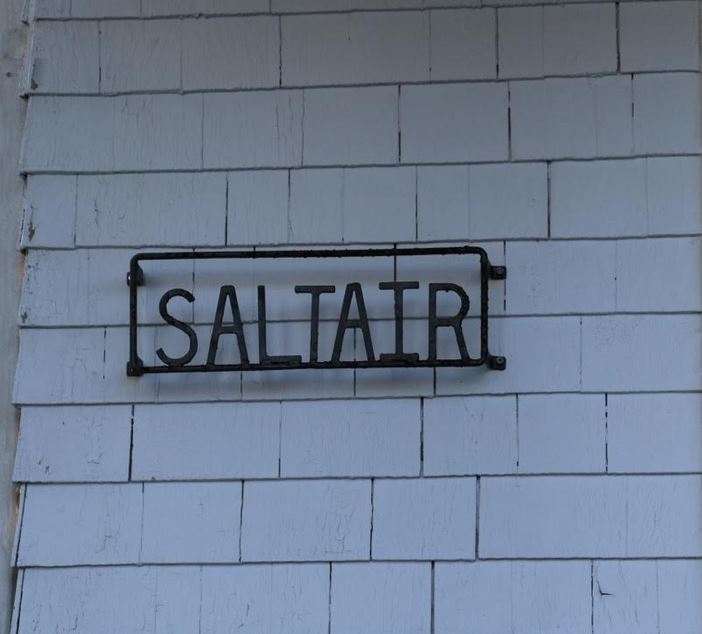 Saltair, a mansion in Chester

However, few of Chester’s ‘named’ homes are actually ever referred to by their owner-proclaimed names, except perhaps by the home’s family members. Most everyone I know here—whether generations-old local, summer resident, or come-from-away—tends to refer to these homes by the last name of their owners, or, in the case of newer homes or those that have undergone extensive renovations, nicknames deemed appropriate for the design.

With regard to design, a man’s home is his castle and many new owners seem to want to impart their mark through the look of their homes. Sometimes it’s a matter of style—subtle or not—and, in some cases, seems to be a proclamation akin to “I have arrived,” and/or sometimes even a case of: “Nah-nah, nah, nah-nah—my house is bigger and grander than yours.”

Naturally, taste in housing is entirely subjective, and one man’s emerald palace is another man’s sty in the eye. With regard to Chester housing, there is definitely high regard among most local and seasonal residents for the traditional Cape Cod and Victorian style housing that has long predominated along the village’s extensive coastline. That said, an architect local friend of mine notes that a little diversity in housing style is good for Chester because it “helps keep it from looking too sterile.” 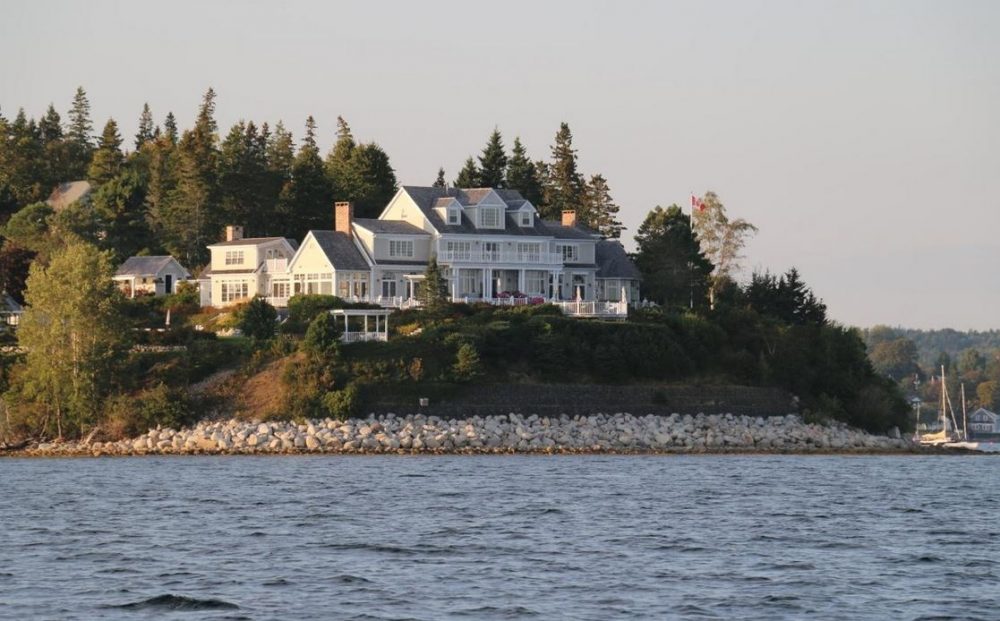 Tim Moore and his wife Bernadine own this Chester Peninsula mansion

My earliest recollection of housing being a prime Chester topic of conversation stems from when Tim and Bernadine Moore built their mansion at the south tip of Chester’s peninsula. In fact, for a couple of summers it tended to provoke discussion with every sail past, no matter whose boat I happened to be on. I do not remember anyone ever referring to it as ugly or otherwise displeased by its basic aesthetics; the main issue seemed to be that it was totally out of scale with the rest of the houses on the peninsula. For my own part, I was miffed by its presence because it had destroyed a bit of youthful nostalgia, as the tip of the peninsula had served as a prime spot for necking during my teen years. 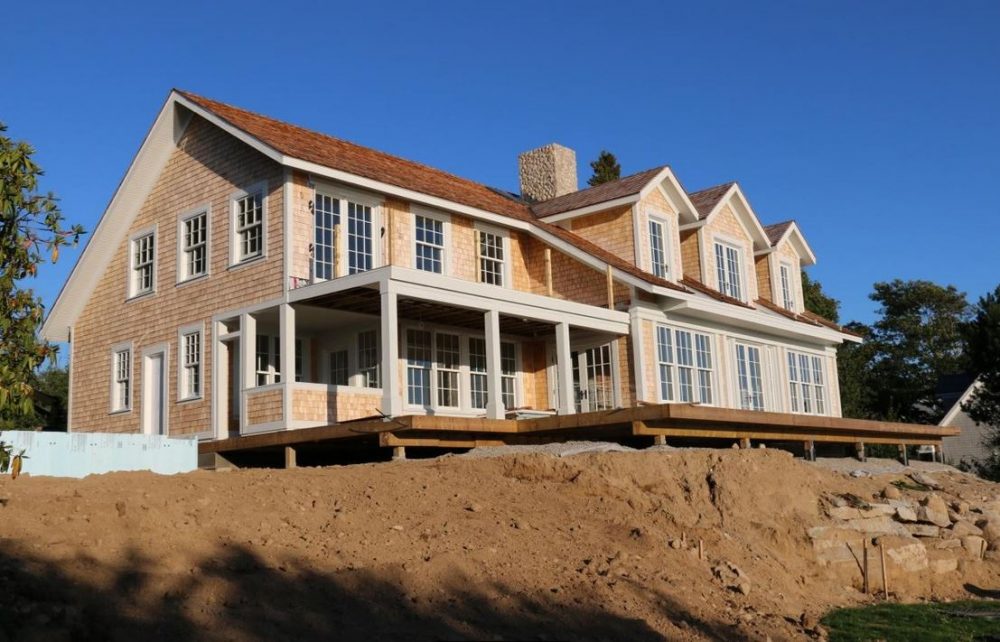 New mansion in Chester, the historic seaside village on the South Shore, on the former Finney property

To the best of my knowledge the Moores never gave their home an official name, and perhaps the absence of that pretension is the reason it was never ascribed a nickname by any of my contemporaries. But, then again, the absence of an owner-inspired official name has not precluded the appellation of nicknames bestowed on other Chester homes.

Consider Swiss Chalet, Elevator Shaft, Bird House, The Penitentiary, Holiday Inn Express, and Pig Loop Hilton to out the nicknames of a few, but only one, to the best of my knowledge, has an official owner-sanctioned name.

In general, this home dubbing persiflage tends to be reserved for those who tear down noteworthy old-style houses to replace them with modern and post-modern style houses that utterly clash with the surrounding styles. Almost equal nicknaming disdain can also arise for those renovators who put their existing traditional home on steroids.

As of now, to the best of my knowledge, there are two new noteworthy homes under construction on Chester’s peninsula, and three slated for demolition and re-build along the back harbour. I have hardly heard any comments regarding the demolition and rebuild of the Finney House, located on the peninsula’s west side. In fact, most people don’t even seem to realize that the old house is gone, because the rebuild looks so similar. As for the new box-like house arising on the east side of the peninsula, it has been the talk of the summer. I’ll let you surmise which one is most likely to end up with a nickname; however, it is may be too soon to rush to judgement. 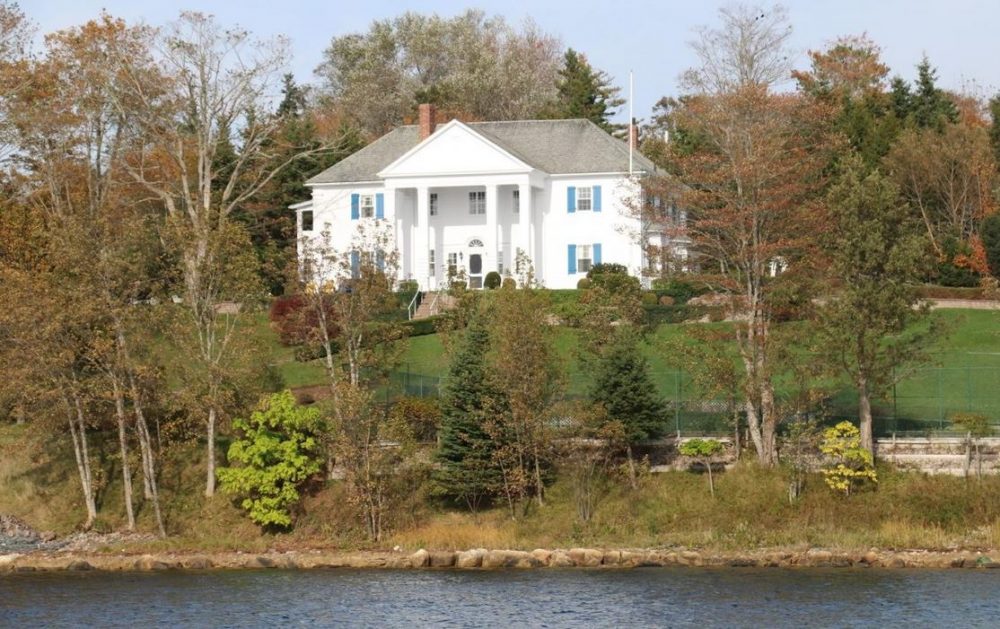 Jim Spatz plans a new home on the property of Kentucky Widow, which he bought last summer in Back Harbour Chester

With regard to the Back Harbour, one of the homes slated for destruction can be considered among the most distinguished in Chester. A Georgian-style house built in the early 1900s to make the then-owner’s new southern wife feel at home, the Jib House (as named by a previous owner) is being replaced by its new owner, Jim Spatz. The Chester rumour mill is spinning out any number of reasons — excessive renovation costs, inefficient, too big, — for this decision, and, well, the home has always seemed to have been a case of “you either love it or hate it.” 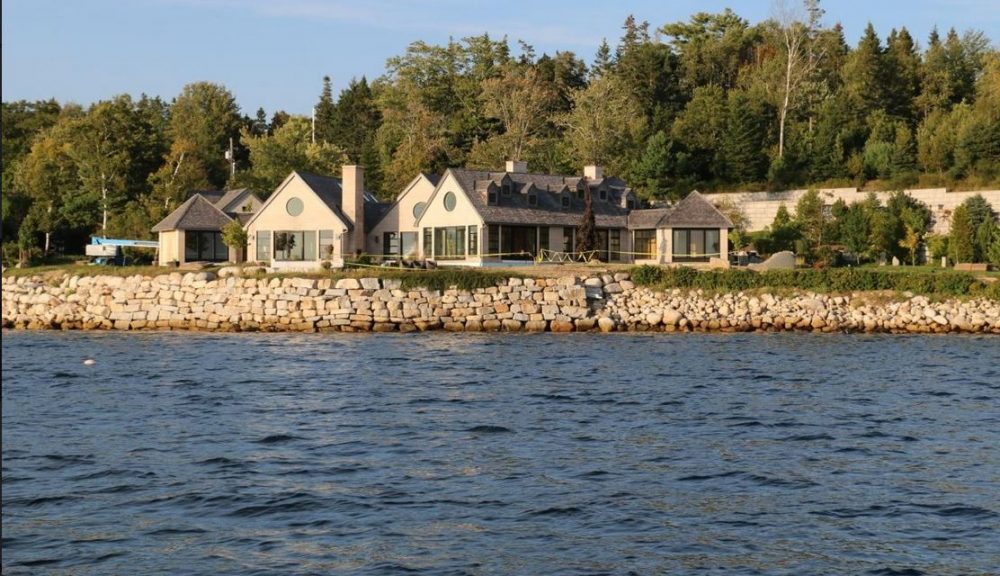 This Walker Road mansion, bought last year for $4.2-million is being overhauled by its Nova Scotian owners at a cost of $1-million, according to local chatter

As an aside, I will quickly confess that it is one of my favourite houses in all of Chester, but I am half southern, and it reminds me of that part of my life.

Little doubt that whatever Jim Spatz decides to replace it with will soon enough become the housing talk of Chester—official name and potential nicknames, yet to be determined.

Lastly, I cannot conclude this without mentioning Chester’s largest house. Because, yes, it does have a few nicknames. Upon its construction any talk of the Moore’s home being out of scale quickly came to a halt. Conversation about this home is legion—there is still dispute about the true number of bathrooms (18 seems to be the prevailing conclusion). Boat traffic on that side of the bay stayed robust for many years during and after its construction. And, various nicknames were applied during this time period. 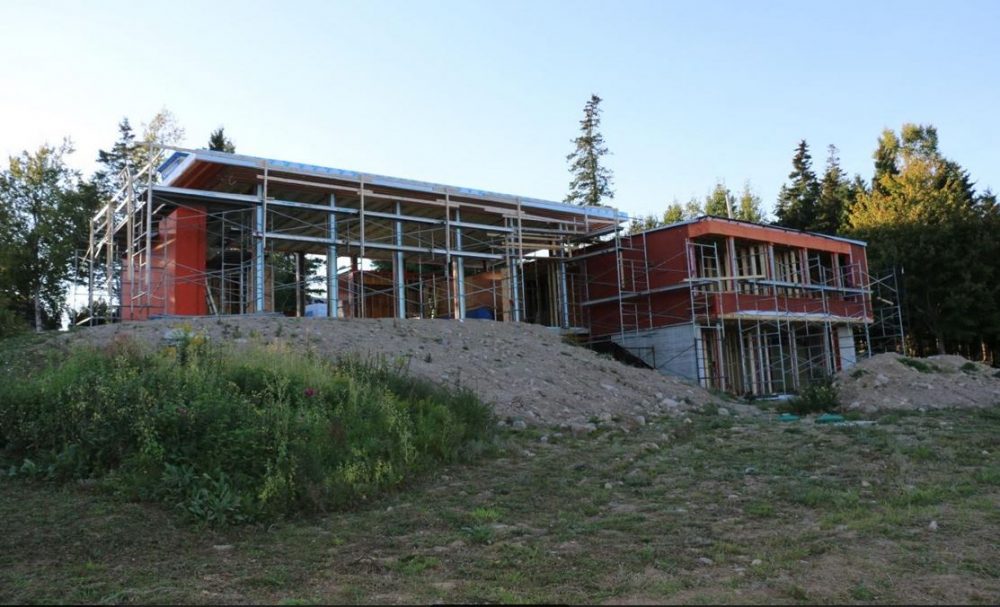 New home at the east side of Chester Peninsula, being built by a doctor in Halifax

On this last point, I’ll note that locals I know tagged it as Versailles. My summer friends named it Shawshank because they thought it resembled the old-style prison pictured in the Academy Award-winning film.

And, a long-time distinguished ‘Lady’ summer resident from London-cum-Toronto tagged it as The Erection.

(Column author Jamie Moye is a Chester resident. He sails a classic Ontario 32 out of Chester Back Harbour).