A Tourist In My Own City: A Visit To Pier 21

For George Zwaagstra, life has been a series of full circles, and he cherishes every one of them.

“Through these very doors walked about 500,000 Canadian soldiers, on their way to fight in the Second World War,” says the 85-year-old Zwaagstra during a recent tour of Canadian Museum of Immigration at Pier 21. 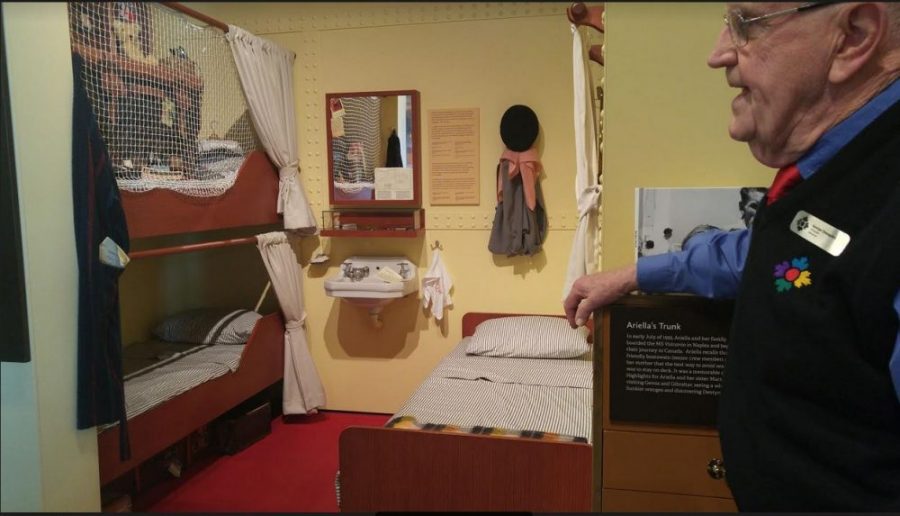 “Some of those who walked through these doors liberated my hometown in the Netherlands,” he says, smiling.

“Come sit down for a moment and I’ll tell you a story.”

As a volunteer guide at the museum, Zwaagstra has a lot of stories to share.

“I was looking online at the Memory Project site and I saw a story about a Canadian soldier who was with the Cape Breton Highlanders and there was a photograph that really caught my eye,” he explains.

He contacted the soldier, Ivan Smith, who now lives in Dartmouth, and they’ve continued a friendship ever since.

“He was one of the Canadians who helped liberate my hometown!”

He is one of over a million immigrants who passed through the Pier 21 entryway into this country between 1928 to 1971.

He now serves as a volunteer guide at the museum, which is the last surviving seaport immigration building in Canada.

“This was an important building to all those people who came to Canada to make new lives over those years,” he says.

He begins the tour at a small-scale diorama of the building’s layout at the time period when immigrants filled the place, hoping for better lives. Waiting rooms, customs offices, interview rooms – this is where the business of sorting out lives, dreams and expectations began and sometimes ended for many people through the decades.

A ship docks and thousands pour out, fleeing war or economic distress, wanting a chance for a better life, a new start. Hearts broken by loss and suffering, or filled with ambition and hope. The lost and the forsaken, all hoping this country will bring renewal and an opportunity to build a life in a new world.

Whether or not it worked out for the majority of immigrants, their stories matter, says Zwaagstra.

“It’s a part of our history, it is the story of Canada. These immigrants started here and began new lives here.”

A display of old trunks made of wicker, metal or wood is testament to the breadth and width of immigrants’ socio-economic background. Some came with little more than the clothes on the backs and others came with more than most could ever dream.

One even came with a kitchen sink! 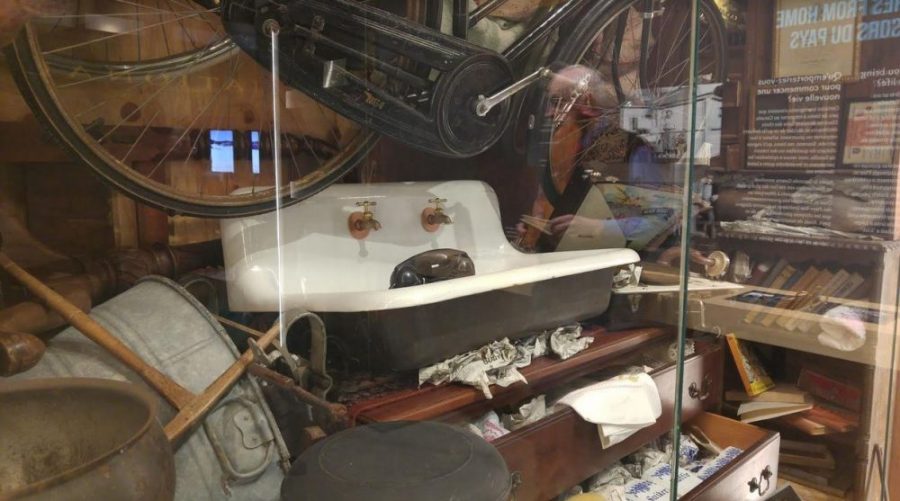 “The old saying of everything but the kitchen sink,” laughs Zwaagstra, pointing out one display showing the contents of what had been a massive wooden shipping crate.

“In Holland after the war, the country wanted the money to stay in Holland because their economy was so bad, so many immigrants would spend their money there and ship it all over with them when they immigrated. You could put so much in those big crates,” he explains.

The display includes bikes, dishes, household goods, tools and assorted bric-a-brac of lives from other lands.

Exhibits throughout the museum include displays of multi-media immigration maps, oral personal histories, and how new cultures brought new foods, pastimes and traditions into Canadian life.

Upcoming events at the museum include a temporary exhibit called Refuge Canada. It will tell the stories of those who sought refuge from war, terror and persecution in this country and how they were or were not welcomed to Canada. The exhibit promises to share the stories and contributions made by those who created new lives from lives that had been shattered.

The display begins March 10 and runs until Nov. 11 at the Ralph and Rose Chiodo Gallery. It is included in the general admission price.