Reporting On The PEI Island Way Of Life

As The Macdonald Notebook enters a year of publishing,  the new weekend Notebook is expanding its business, political and cultural affairs news coverage to Prince Edward Island.

Of course we will continue to chronicle life in Halifax and across rural Nova Scotia – our main bread and butter.

Canada’s smallest province, with an area of 5,660 square kilometres, and a population of 140,000, has fewer people than the Halifax Regional Municipality with a population of 400,000 and almost the same geographical size at 5,490 km².

In the height of summer, the Island is a popular attraction to the big corporate law offices in Halifax. Firms like Stew Mac and McInnes Cooper hold annual retreats, taking advantage of the Island’s good food, great drinks, and lots of golf courses. 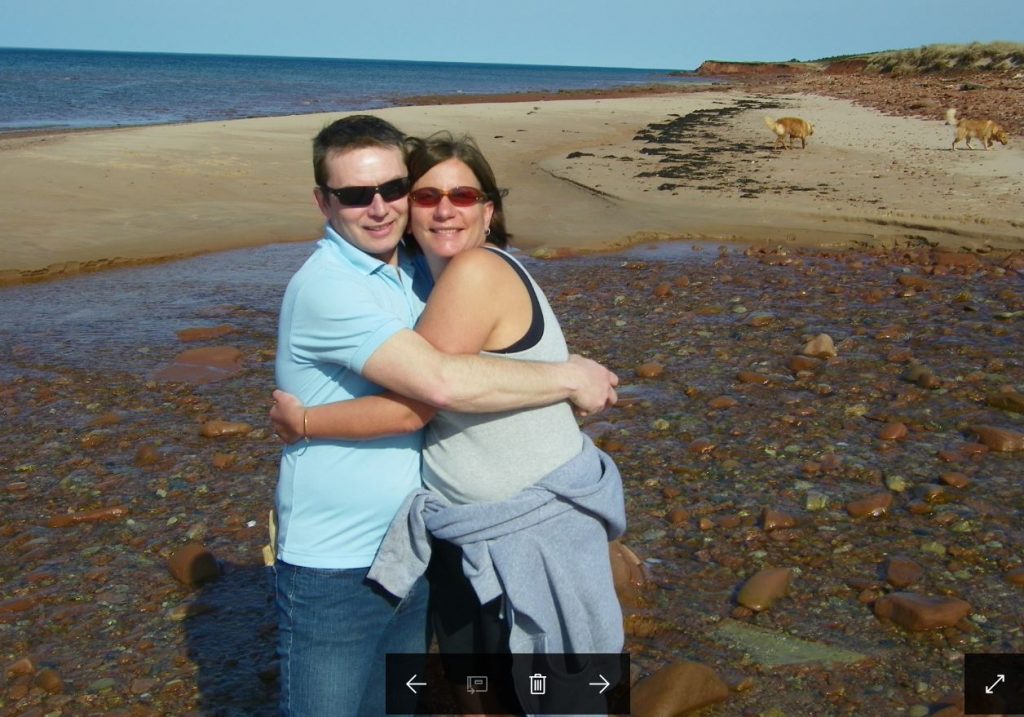 The Island Way of Life is also cottage country for some Haligonians like George Cooper and his wife, Tia. George is a former King’s University president and former MP for Halifax.

Former leading Haligonian chef Michael Smith is now a famous cookbook writer on the Island, and runs a resort on its fabled Bay of Fortune shores.

Halifax high society like David and Margaret Fountain visit the Island, and often pay a visit to the eclectic must see shop, The Dunes, run by potter Peter Jennsen at popular Brackley Beach.

Peter and his lover Nash live six months at that art gallery, eatery and Indonesian-themed products shop, and then spend the other half year at Bali, where much of their furniture, garden statues, and other gift items come from.

Nash makes handmade clothes in Bali, and then retails them at the Dunes.

There are plenty of political, business and cultural affairs storytelling opportunities on the Island, which, for example, is home to 14 Tim Hortons restaurants owned by Timbit titan Danny Murphy.

His brother, Kevin Murphy, operates leading eateries on the Island and, in the last year, moved to Halifax with Barrington Steakhouse in a Louis Reznick commercial pad on Barrington Street.

History runs deep in PEI, famous for its home-made moonshine, and where distills pop up at church parking lots as Islanders gather for wakes and weddings. They claim Murray Harbour has the best moonshine.

Island politics are intriguing. The tight-knit province made history in 1986 when it elected its first ever non-European as premier, Joe Ghiz, who was of Lebanese extraction.

During the 1986 provincial election, JIm Lee was running for a second term, and Ghiz was the Liberal leader. After a whisper campaign took hold about how Ghiz was a ‘foreigner’, colourful political commentary and Island historian Jack MacAndrew hastily held a press conference to detail the anti-Ghiz ancestry talk.

And, so Ghiz addressed his ancestry, taking a page out of John F. Kennedy’s famous declaration that as a Catholic he would not take orders from the Pope if he became president.

Following the historic Ghiz win — and there is a vibrant Lebanese community in PEI — Island voters subsequently made Canadian history by electing the first ever female as premier, Catherine Callbeck.

And, in 2015, Islanders again made history, when they elected an openly gay politico, Wade MacLauchlan, as premier after he had served with distinction as president of University of Prince Edward Island UPEI.

Former prime minister Brian Mulroney told me in recent years that the PEI fixed link — the now 20-year-old Confederation Bridge — revolutionized exports off the Island to the rest of North America.

But building the Mulroney inspired bridge was controversial and the Joe Ghiz government actually held a referendum on whether Islanders actually wanted the span. Opponents of a fixed link decried the famous ‘Island Way’ would be eroded. 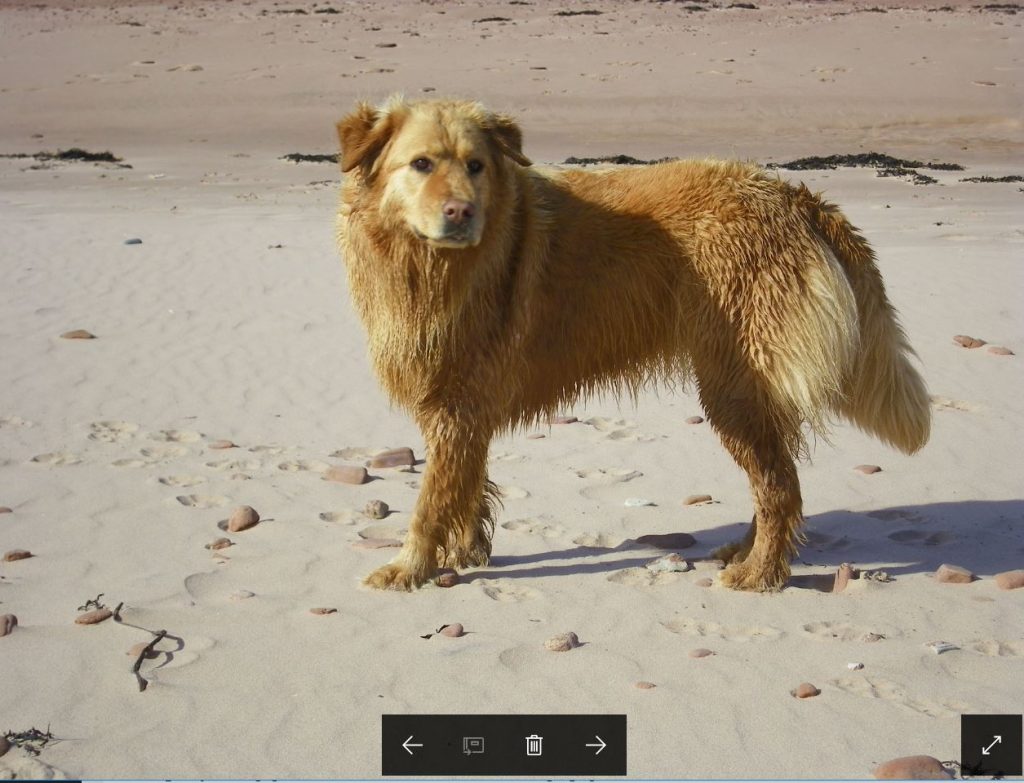 PEI is famous for its sandy beaches on the Northumberland Strait and the Gulf side, but swimming on the North Shore can be lethal. I know two people who perished from getting caught in rip currents.

There are no bears or deer on the Island, but they have smart and brazen foxes that will steal your food or bags on the beach, or from a golf cart. Take a tip, don’t leave your car keys in your lunch bag!

Island politics can turn on a dime. In the past decade, Pat Binns was expected to win a fourth historic mandate, but ended up losing to neophyte Robert Ghiz, who then resigned in his second term to the utter surprise of Island political pundits.

Binns was a bean farmer from Out West who settled on the Island and who had a down home folksy way.

One time I went to a Charlottetown comedy fest and Binns as premier was part of the show. Chef Michael Smith actually pied Binns in the face; it was all orchestrated but illustrated Binns’ very folksy political leadership.

In 1967, the PEI license plate read ‘The Garden Oasis of the Gulf’, and in the last decade has featured Anne of Green Gables, windmills, Confederation Bridge and the legislature.

There are big business people on the Island. A great grand daughter of K.C. Irving, mary Jean Irving runs a box plant at Borden and another Irving, Robert Irving operates a french fry plant also at Borden, and the Island is also home to mega-contractor Tim Banks, who a decade ago built most of the region’s Loblaw stores.

It’s also the headquarters for Vogue Optical, founded by the PEI-based Grey family.

The Casey family, nearly 30 years ago rescued Paderno Pots from a bankruptcy after the original owner got an ACOA grant. They still make Paderno Pots at a manufacturing plant there, and one of the Casey family members is Charlottetown MP Sean Casey.

Paderno’s name comes from Italy. There is a Paderno store in Bayer’s Lake, the original retail power centre in Halifax.

The Island is a vital part of the Maritime race car circuit. The race track at Oyster Bed is part of the circuit which includes Nova Scotia’s Halifax Speedworld and Riverside at Antigonish, as well as a race track in Moncton, N.B.

Horse racing is still a big deal, too. There’s a provincial holiday in August so Islanders can partake of the legendary Gold Cup & Saucer race.

Throughout the Island, farmers sell their home grown new potatoes and veggies at un-manned vegetable stands that rely on the honour system of patrons putting payment into boxes.

Like any province, PEI has a large addictions rehab centre. Located in Bethel just outside of the Charlottetown bedroom community of Stratford, the centre’s parking lot is always chock full of vehicles.

As for Stratford, a park is home to gigantic grey slugs, imported from a 1920s nursery which operated in southend Halifax. The enormous slugs arrived in Halifax in topsoil imported from the UK, the natural home of these huge creatures.

As with the slugs, not all is sweetness and light on the Island. Twenty years ago, the province had its own Unibomber, former secondary school teacher Roger Bell, who graduated from Dalhousie University where new lieutenant-governor Art LeBlanc was his classmate.

And the Island has had ‘potato terrorists’ who spike potatoes with nails that have shown up across Atlantic grocery outlets.

The Island is also home to the fabled Malpeque oyster – and some among my Halifax readership will drive across the fixed link in December just to buy Xmas oysters fresh from PEI.

The Island is also home to one of the country’s best weekly newspapers. Founded a generation ago by legendary newsman Jim MacNeill, the cigar chomping lover of Single Malt. The Eastern Graphic weekly is now in its second generation of ownership, with seasoned journalist Paul MacNeill at the helm in Montague.

The Eastern Graphic bills itself as the Lively One, while the Mark Lever owned daily Guardian newspaper has the slogan: Covering PEI the way the dew covers the Island.

PEI even has a world-class clothing optional beach at Bloomingpoint, often populated with tourists and locals, too.

If you have Island biz, politico or cultural affairs tips, by all means hit the ‘letter to editor’ button, and I’ll research said tips.

Note: Previous stories over the last year can be found on my website, under Archived Stories button, and scroll down to topic: PEI. These stories are free to read for non subscribers, as the paywall has been removed for these Island articles.