The Macdonald Notebook reached record visits to our Business & Inside Political website this week — 1,800 individuals went to my website. To be clear, that is not the paid readership level, but our goal is targeting a paid readership of 1,000 business and political readers. 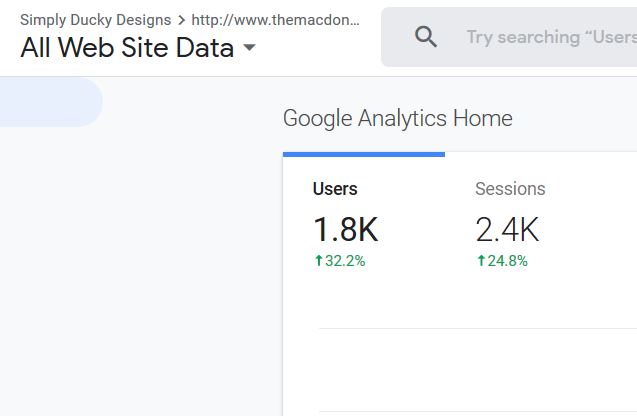 Over the last four weeks we welcomed aboard 30 new paid readers — I call them Notebook Insiders — with one from Pubnico in southwest Nova Scotia, and a number of Cape Bretoners. Still, we pray for more new paid readers, so this work week when I found myself at historic Camp Hill Burial Grounds in Halifax, I made sure to visit the grave of Joe Howe.

Howe’s successful struggle in 1835 against a charge of libel ensured freedom of the press in Canada—a key tenet of any democracy. He was also a politician, forever championing the ‘little guy’ and he was also a lieutenant-governor.

I went there at 7:30 a.m., and one thing I took away from my visit is that the resting spot of many famous Haligonians is actually alive with people. 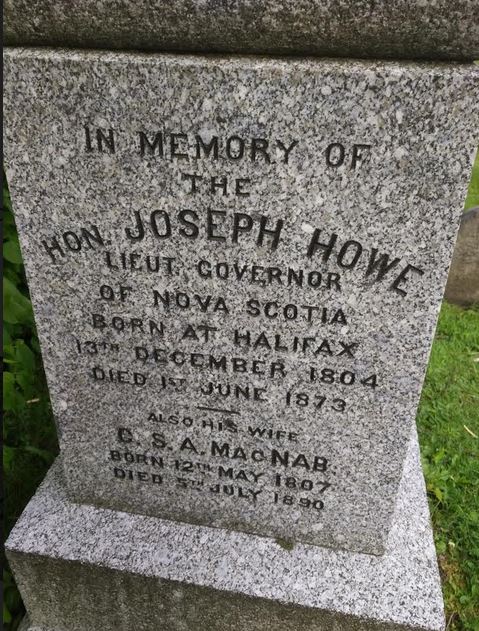 At that early morning hour, there were lots of folk walking in the cemetery, many using it as a shortcut to get to downtown Halifax offices, where 20,000 people toil to the schedule Dolly Parton sings of in ‘9 to 5′.

The graveyard is the eternal resting spot to three-term Halifax mayor and brewer Alexander Keith, who has the biggest tombstone in the cemetery. Each year on his birthday, Olands Brewery places flowers on his grave. It’s also the resting spot of pioneering African Nova Scotia human rights champion Viola Desmond.

My reason to trek to the graveyard was to offer the Lord’s Prayer at Joe Howe’s tombstone. I asked to learn a way to turn the 1,800 individuals that tune into The Macdonald Notebook each weekend as ‘unique website hits’ into paid readership. That’s key to me being able to pay the rent and provide meals on the kitchen table.

To repeat, the Notebook’s paid circulation is not at the 1,800 level as many simply read the first three paragraphs we provide before the pay wall takes over for most stories we publish.

After my 30 years as a newsman, Joe Howe is one of my personal heroes. Others include former global newspaper baron Conrad Black.

A few years ago, I attended a charity fundraiser at auto dealership titan Rob Steele’s log cabin home at Kearney Lake. To my delight, Torontonian Black flew down in a private jet to attend the Steele soirée, among 100 invited guests from the Who’s Who of the Halifax business community.

So, I took out my tape recorder and went over to Conrad Black, and interviewed him for 10 minutes. I was particularly keen to hear firsthand about a story I had previously heard.

“Is it true Mr. Black that you offered then Halifax Herald owner and publisher Graham Dennis $100 million to buy the Chronicle Herald in 1997?”

Black told me the story was true. He offered the Dennis family a whopping $100 million, the same year he paid $20 million to buy the Halifax Daily News from Rob Steele’s father, Harry Steele.

Well, the North American newspaper industry has seen better times, with a near collapse of print advertising. To give you a dollar value on the current Herald, now owned by Graham’s daughter Sarah, I refer to a conversation I had in 2016 with Jamie Irving.

That year, Jamie flew his own private jet (he has a pilot’s license) and he met me for an hour chat at a nondescript site at Halifax Stanfield airport where we talked about the state of the newspaper industry in the Maritimes. Jamie, a fourth generation descendant of K.C. Irving, is the publisher of the Irving-owned dailies in New Brunswick.

While talking about a possible Irving job for me in 2016 (I decided not to pursue that avenue and instead launched my own self-financed The Macdonald Notebook), I told Jamie what Conrad Black offered the Dennis family, and Jamie told me the current value of the Herald was more in the vicinity of $10 million, a drastic reduction from the price Black offered in 1998. 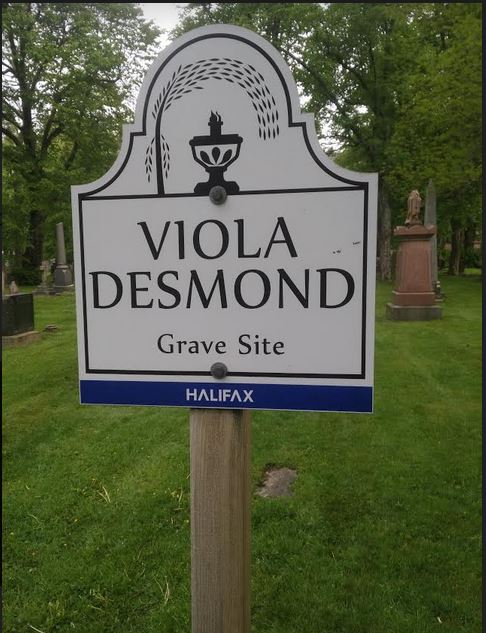 African Nova Scotian Viola Desmond is buried at Camp Hill Cemetery. Visiting her eternal resting spot is a must do Top 10 list this summer.

As a newsman, my other heroes include UK newspaper titan and native Canadian Lord Beaverbrook.

In a future issue, I will tell you about 50-year-old Chester realtor Piers Baker, who is a great-grandson of Lord Beaverbrook, and who told me over coffee at the Kiwi Cafe that he inherited some of his ancestor’s traits. 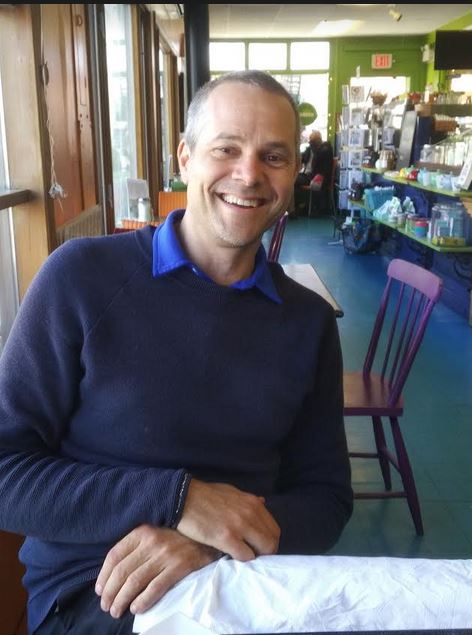 While I am at it, another press hero of mine is the most famous publisher of all times, William Randolph Hearst.

One of his great legacies to the newspaper business was to have journalists campaigning on important issues of the day; his Pulitzer Prize-winning newspapers had journalists continuously crusading on issues. Those journalists of his were real dogs with bones.

And there you have it.

In modern-day Halifax society, it’s nice to see Joe Howe continues to be celebrated. There’s a school named after him and, back in the 1980s, Halifax hosted what was called the Joe Howe Festival. I know this as one of my now thankfully empty beer mugs notes the advent of the festival.

And, of course, the likeness of Joe Howe is forever memorialized in his statue on the grounds of the House of Assembly. That’s in a city which just the removed the statue of city founder Edward Cornwallis for past historical sins, chiefly putting a price on the scalps of Nova Scotia’s Mi’kmaq.

But erasing history is a dangerous proposition lest past sins are forgotten and thus repeated in the future.

For the definitive story of the Joe Howe statue, I asked legislative chief librarian David McDonald to research its history.

“The Joseph Howe Memorial was unveiled on Dec. 13, 1904, which was the 100th anniversary of his birth,” reports the legislative librarian.

I asked McDonald about a story once told to me that the Howe statue is positioned with him pointing to Britain.

McDonald replies: “I can find nothing to suggest that Howe is pointing toward the UK. His hand is raised, but it is not pointing.”

Here is the result of the research by legislative librarian David McDonald: 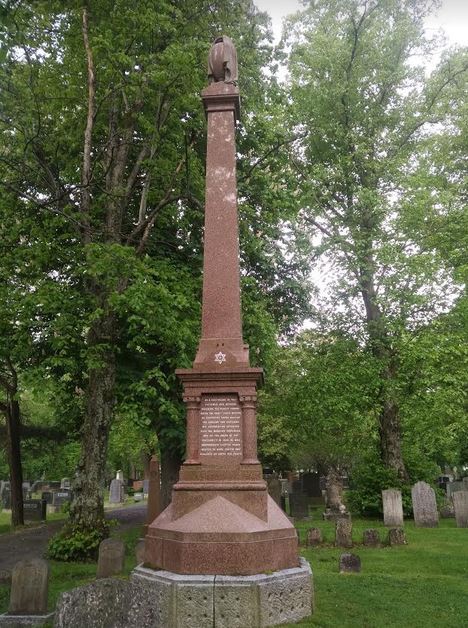 The tombstone for brewer Alexander Keith, at Camp Hill Cemetery, a must see on a Top Ten things to do this summer.

March 11, 1903 – Alexander Kenneth MacLean (MLA Lunenburg) moved the following resolution: Resolved that in the opinion of this legislature a monument or memorial should be erected in Nova Scotia to the memory of the late Joseph Howe, and that the government of Nova Scotia should erect or assist in the erection of the same.”

April 8, 1903 – Hon. George Murray introduced a bill to provide for defraying the expenses of a monument to the late Joseph Howe. It received second that same day, in the evening session.

April 9, 1903 – Bill received third reading and went to the Legislative Council, which agreed to the bill that same day.

Dec. 10, 1903 – Edward M. MacDonald (MLA Pictou) asked for an update. Murray told him that a committee had been appointed.

Longley (MLA Annapolis) reported that he was the chair of the committee and that they had communicated with a number of artists who were to send the committee models. From these models, the design for the statue would be selected. The statue would also be ready for the 100th anniversary of Joseph Howe’s birth.

April 3, 1905 – Murray reported in the Estimates debate that the original plan was to finance the statue through public subscription. Unfortunately, they only raised $2,022.44 and the rest of the funds had to be assumed by the Legislature.

April 7, 1905 – Longley provided a detailed description of the unveiling of the statue. Longley states that the commission chose Mr. Philip Hebert to design the statue from various models. He further states that the choice was made without difficulty.

Originally, the statue unveiling was scheduled for Oct. 15, but for practical reasons, it was delayed until the centenary of Joe Howe’s birth.

He erroneously states that the unveiling happened on Dec. 4, this error has been perpetuated in recent books, but newspapers of the day confirm that it was unveiled on Dec. 13.

Longley also stated that the statue was not yet complete.

“Tablets in bass relief were to be added on three sides which would represent familiar scenes in the career of Howe. 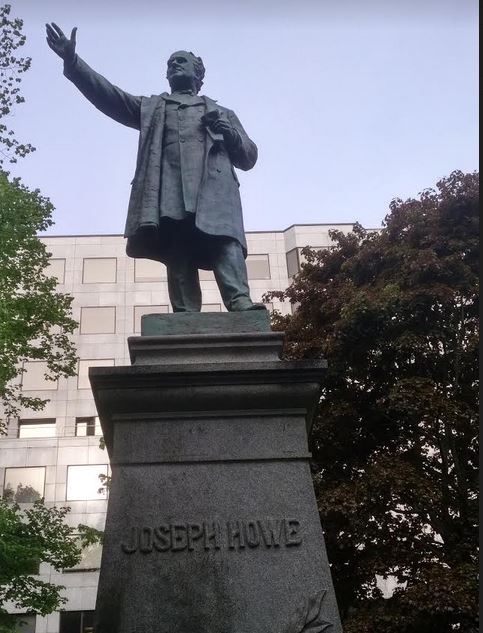 Joe Howe’s statue at Province House is on my Top 10 things to see in Nova Scotia this summer. He is pointing towards the UK.

One would be his famous trial for libel, in which he was represented in the attitude of addressing the Court, and the other his position in the attitude of addressing this very chamber in which he (Hon. Mr. L.) had the honour of speaking, while surrounding him would appear a number of historical figures such as Hon. J.W. Johnstone, and Sir Adams Archibald, contemporary members of the Legislature with him.”

According to the Dec. 13 edition of the Morning Chronicle, the statue “is a Keller bronze and was cast by Durenne and Co. of Paris. This bronze is considered the best in use, being imperishable and immune from rust. The model was shipped to Paris in May and returned in September.”

Creditable Work on the Memorial: The Howe Statue is a Life-Like Presentment of the Eminent Statesman

The sub-contract from the sculptor of erecting the Howe statue was carried out by Griffin and Keltie and the sculptor, Mr. Hebert, has expressed himself as highly pleased with the workmanship which is a credit to the City.

There are in the foundation and granite work of the memorial about 110 tons of stone, there being about 30 tons of granite alone.

The foundation is 14 feet square and 7 feet deep, all solid concrete. The bottom base was set at the same time as the foundation. The height of the top of the head from the ground is 24 feet, the statue and bronze base being nearly 10 feet.

The statue as stated by men who knew Howe in the life is a faithful presentment of the eminent Nova Scotian in a characteristic attitude, and the monument is in good proportion.

On the die the name ‘Joseph Howe’ with a laurel branch is carved in relief, while below it on a polished granite panel is the inscription: “Journalist, Poet, Orator, Statesman, Prophet, Patriot, Briton, Born at Halifax, Dec. 13, 1804, Died in Government House June 1st, 1873.”

Beneath this again is the quotation:

“I wish to live and die a British subject; but not a Briton only in name. Give me, give my country, the blessed privileges of her constitution and her laws. Let us be content with nothing less.”

On the four cartouches on the corners of the sub-base are inscribed, representative of the outstanding qualities of the great Nova Scotia: Integer Civas, Vir Probus, Dicendi Peritus, Justitiae Vindex.

The sculptor and his sub-contractors are to be congratulated on the manner in which the whole work was done. The monument is well put together and will stand for many years as a reminder of one of the greatest men in Canadian history.