MacPolitics: What Erin O’Toole Means When He Says ‘Let’s Take Back Canada’

A Red Tory or a Blue Conservative?

Erin O’Toole spoke with The Macdonald Notebook last weekend while attending the Nova Scotia Tory AGM, and also taking in a visit to his Fall River in-laws. This is Part 3 of Sunday’s 30-minute chat with the federal Conservative leadership hopeful on his policy platform. I ran Part 1 on Monday about his significant history once living in Halifax, and Part 2 in my Thursday edition, about his position on gay marriage and abortion.

Question: Are you a Red Tory — a Progressive Conservative — or aligned with the Canadian Alliance elements of the Conservative party, a right winger in this campaign?

“Even in that question there are four different monikers, right winger, Red Tory, Progressive Conservative. I like to call myself a Blue Conservative,” O’Toole replies. “I have always been very strong on fiscal issues, market issues, defence, and security, and I have always stood up for human rights. My voting record is very clear and I have been very supportive of LBGT rights.

“People define me in a whole range of ways, I call myself a Blue Conservative, it’s in my slogan. Certainly I am an Ontario MP on the Right side of the party, you might say.”

O’Toole began his political service in Halifax between 1996-2003 as a volunteer with the Progressive Conservative campaign of John Hamm, who went from third spot to premier in 1999.

“I did learn a lot of my political sensibilities volunteering for Dr. Hamm, and was on the PC executive of the party in Nova Scotia,” he tells The Notebook. He flew Sea Kings out of Shearwater and got his degree from Dal Law School 20 years ago, as I reported Monday. 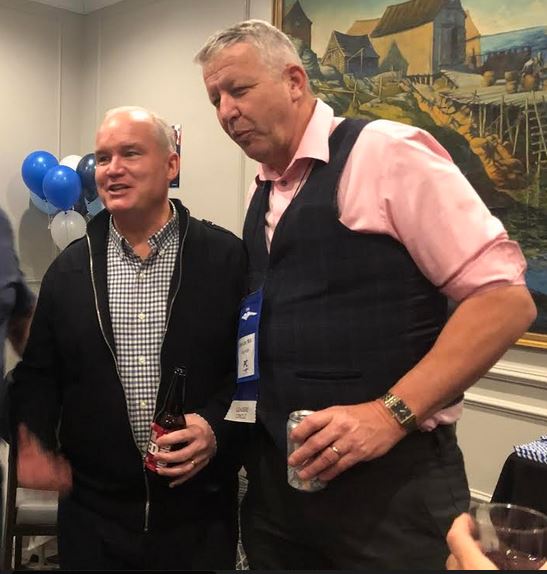 Referring to leadership rival Peter Mackay, Canada’s last federal Progressive Conservative Party leader in 2003, O’Toole says: “A lot of people want this (race) to be about the next generation, not the last generation.”

O’Toole says he can take votes in Nova Scotia and, more importantly, in the vote-rich Greater Toronto region, and that the Conservative race is between him and MacKay, although polls suggest MacKay is far in the lead.

A Feb. 6 issue of Maclean’s magazine, written by a pollster and scholar, said the centralist moderate wing of the Conservative party — the Red Tories has disappeared. The piece suggests O’Toole has a campaign theme similar to Donald Trump. O’Toole’s campaign motto is ‘Let’s take back Canada’, while Trump campaigned in 2016 to ‘make America great again’.

At the time we spoke, O’Toole had not read that piece. A link to it is embedded at the end of this article.

“I did not read that article but it is quite funny how quite a few observers are trying to put us in the box of who is going to be the Donald Trump of this race.”

In the 2017 leadership race, which saw Scheer named to run the party, it was Kellie Leitch who was compared to Trump because she told people that immigration should be restricted to protect ‘Canadian values’, said O’Toole.

“in my case, my slogan is ‘True Blue Conservative’. In my video I said, ‘Let’s take back Canada from Trudeau before he, in my view, ruins the country. There are a lot of industries that are being basically dismissed by him — the resource industry, the forestry industry, machining industry, and auto in my area. And Northern Pulp, with the fact pensioners are not protected.

Erin O’Toole has significant roots in Halifax, He is a front runner in the Conservative leadership race with Peter MacKay.

“A lot of working class families feel left out of Trudeau’s narrative.”

Question: So, ‘Take back Canada’ is about Trudeau’s government and nothing to do with immigration policies?

“No, no. If we started to print these on red hats (as Trump did with his slogan), then maybe we were doing that,” he trails off, laughing.

“I like my line because it reacted well. Our (support) base kind of said, ‘You know what, we did lose that election (in 2019)’, so let’s take back Canada from Trudeau for all the rift and antics on the world stage, payments to Omar Khadr. There are a lot of things the average Canadian thinks Trudeau is foolish on.

“And, we squandered the election. So our base, our members, responded well when I said that, and I said I was going to take on the ‘cancel culture’, and I was defending Sir John A statues. I have been doing that for years and it sounds like people are desperate to take on the Left establishment.

“The added benefit of ‘take back Canada’ — some of the Left voices went crazy. And the type of stuff the Left use to say about Stephen Harper that he was destroying Canada…and they are allowed to go over the top on rhetoric.” 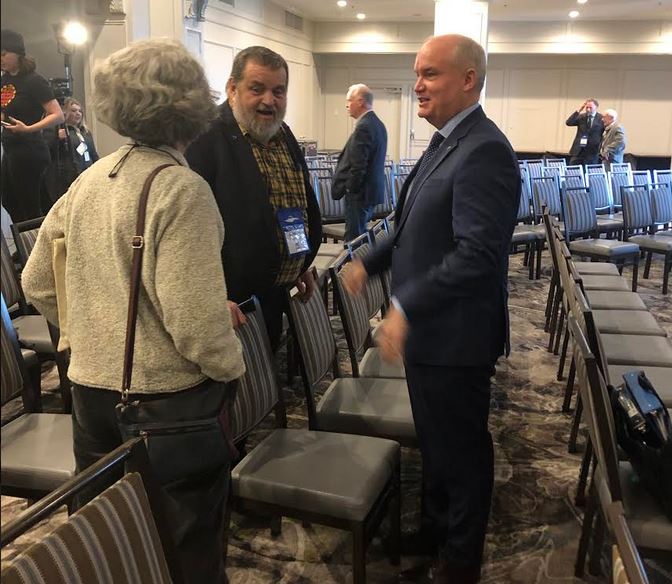 He claims the average Canadian supports his views.

“If I say I want to take back Canada from the Liberals, and start respecting hard working people, and stand up for our allies around the world, when I say that I am saying what a lot of Canadians want to hear.

“We will have someone stand up for our industries that employ families, stand up for proud Nato and Norad partners.

“I am saying what a lot of people want to see, and how people want to define it, they will, but my record is quite clear on being reasonable and also principled.” 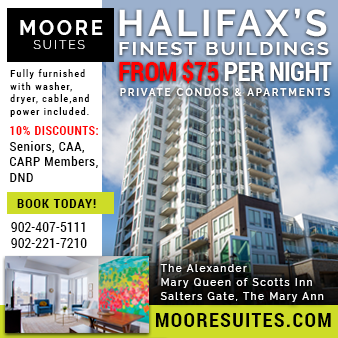