For the first time in 54-years, Halifax lawyer and competitive sailor, Bobby Cragg will not sail in the celebrated Chester Race Week this summer.

The reason why is not because he has dampened his lifelong enthusiasm for sailing.

Instead, he and hundreds of other racers are being sidelined due to COVID-19, which on Saturday lead the Chester Yacht Club’s (CYC) commodore David Creighton to suspend the 2020 August races.

“It is with a heavy heart that the CYC Executive received the note below from our Chester Race Week Steering Committee. We have agreed with their recommendation to postpone Race Week until next year. We appreciate the tremendous effort they have made in seeking potential solutions while managing the unknowns, as have many of the skippers who responded to the recent questionnaire”, wrote the commodore.

“The guidance we are now receiving from the provincial government and Sail Nova Scotia is encouraging in their support of families getting out on their boats but clearly no regattas”, added Creighton.

The Chester regatta is being postponed until 2021.

“The situation with the pandemic in Nova Scotia, although seeming to be stable, is not something we can be sure about and to put race organizers, the Chester Yacht Club, volunteers and race committees in jeopardy would be irresponsible and reckless”, writes the boat week steering committee.

“Although there were many positive responses to the recent survey, which received over 130 responses from past skippers, there were indications that the ability for boat owners/skippers to get a commitment of a full crew, and the prior knowledge that there would be a good complement of competitors in each fleet tempered the positive results”, the committee added.

“Other respondents to the survey told us that they did not think that Race Week should run in the current conditions and that it would not be a good idea to host an event that was not in line with previous and future events, they encouraged us to err on the side of safety, to cancel early and to respect the community of Chester”, the committee said.

“We have heard from some long term in-kind sponsors and other sponsors who are concerned about the running of the event during the pandemic, not only about the value of their sponsorship but also the logistics of lending equipment and the safety of their personnel. Withdrawal of sponsorships, along with a competitor drop of at least 60% would mean that the regatta may not be financially viable”. 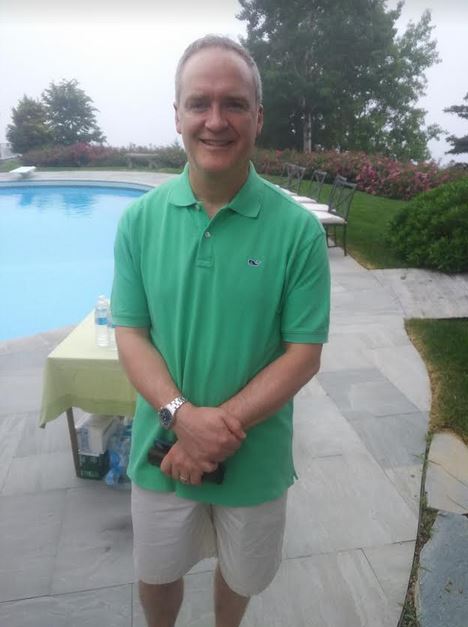 Hosted by the Chester Yacht Club in the picturesque South-Shore Nova Scotia village of Chester in mid-August each year, Helly Hansen Chester Race Week is Canada’s largest keelboat regatta (four days of sailing) and plays host to more than 120 boats from near and far.

Named one of Sailing World magazine’s 14 greatest sailing events in North America, each August, 1,200-plus sailors arrive on Nova Scotia’s scenic Mahone Bay to compete in one of 15 fleets racing simultaneously on five different race courses. 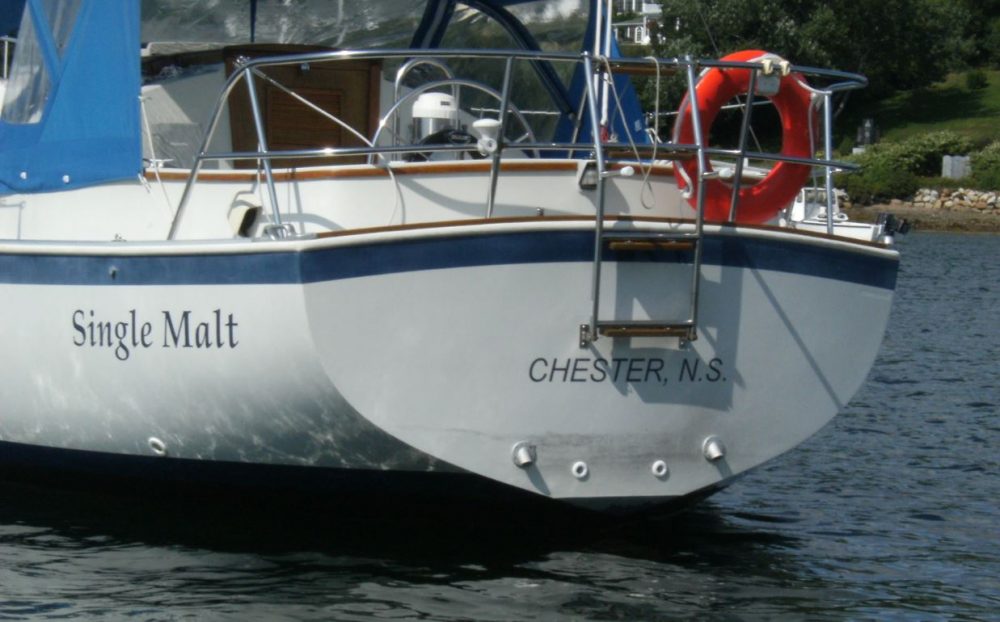 Our fleets accommodate everyone from offshore big boats and one-designs, to classic wooden boats, club racers and no-spinnaker cruising boats.

Chester’s sailing regattas were first documented in 1856 and, since then, tourists and locals alike have taken in the natural beauty of the area by both land and sea. 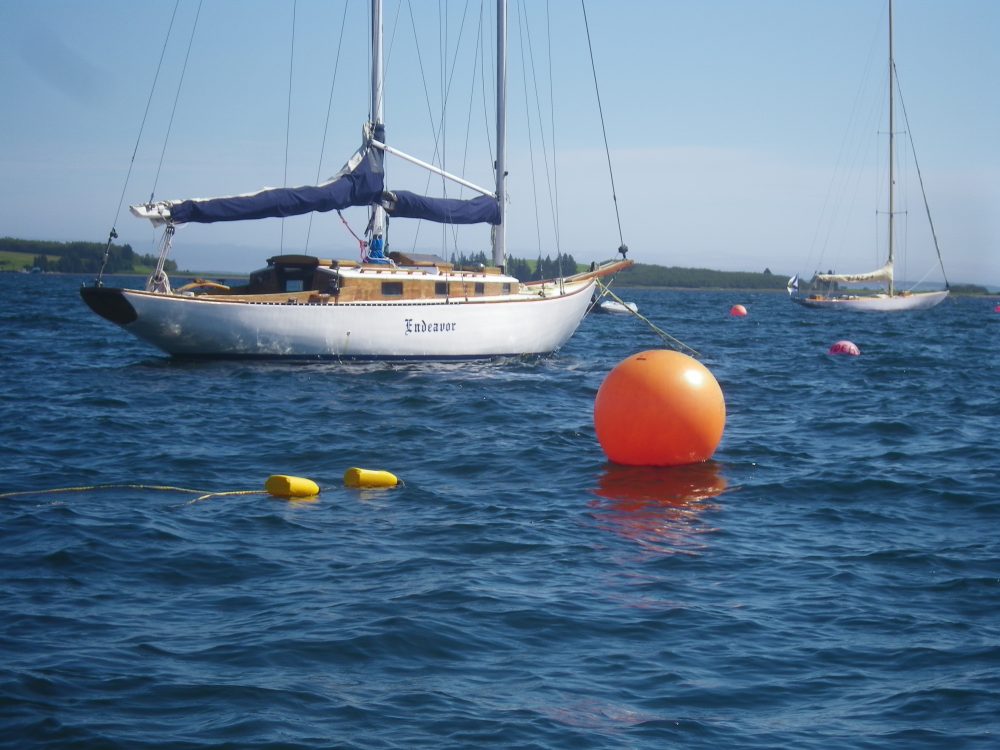 A classic wooden boat in Chester’s Front Harbour. This vessel is owned by the operator of the Windjammer Motel in the village. The Notebook photo. 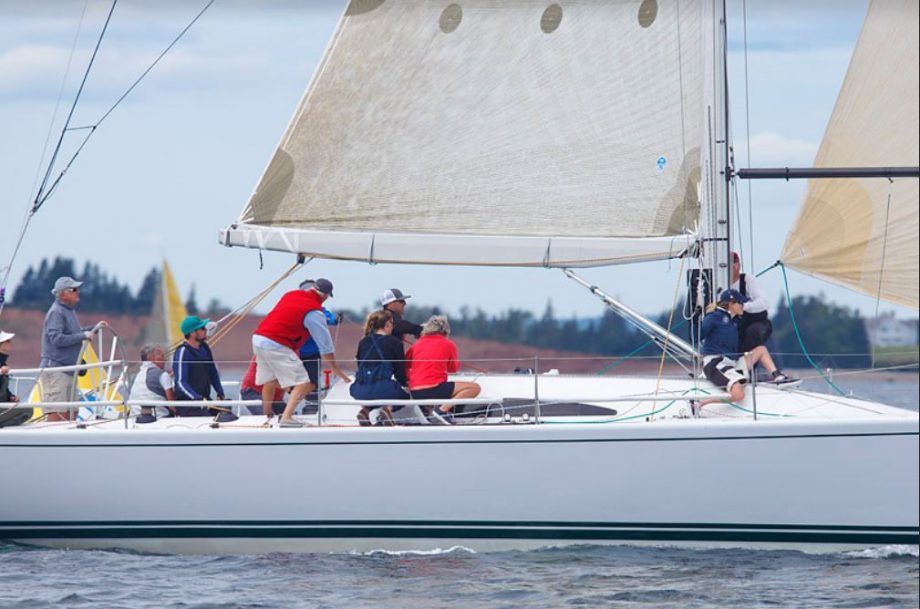 Now 73, Cragg says he has skippered all 52 consecutive regattas since his first in 1967 aboard the 37-foot Chester C-Class sloop Eclipse (hull #7).

“I had to have my own boat – no one else would have me on theirs,” the charismatic serial competitor grinned.

Summering on and in the sheltered waters of St. Margaret’s Bay’s Schooner Cove on Nova Scotia’s charming South Shore, “Bobby”, as he is still affectionately known, was one of 20 or so neighbourhood “water kids” who swarmed the bay by rowboat, sail and power.

“When I was 10, my dad, Ed, and a bunch of parents bought 20 second-hand Fleetwind wooden dinghies,” he recalls from his West Chester Village cottage.

“Our parents said “here you go” and we figured out how to sail by trial and error and, naturally, we began racing each other off the community wharf.”

Those Fleetwinds were the start of what later became the current St. Margaret’s Bay Sailing Club.

Chester Race Week has been cancelled for 2020. Hosted in the waters of Mahone Bay, each year up to 1,200 sailors take part in the popular regatta.

The Bluenose is a one-design classic racer designed by William James Roué and originally commissioned by the Armdale Yacht Club (AYC) in 1946 and remains a competitive regional class today.

“We got into sailing and remain in it for the fun, for the chaos of the starts, and for the friendships that have grown to include so many people far and wide,” he said. 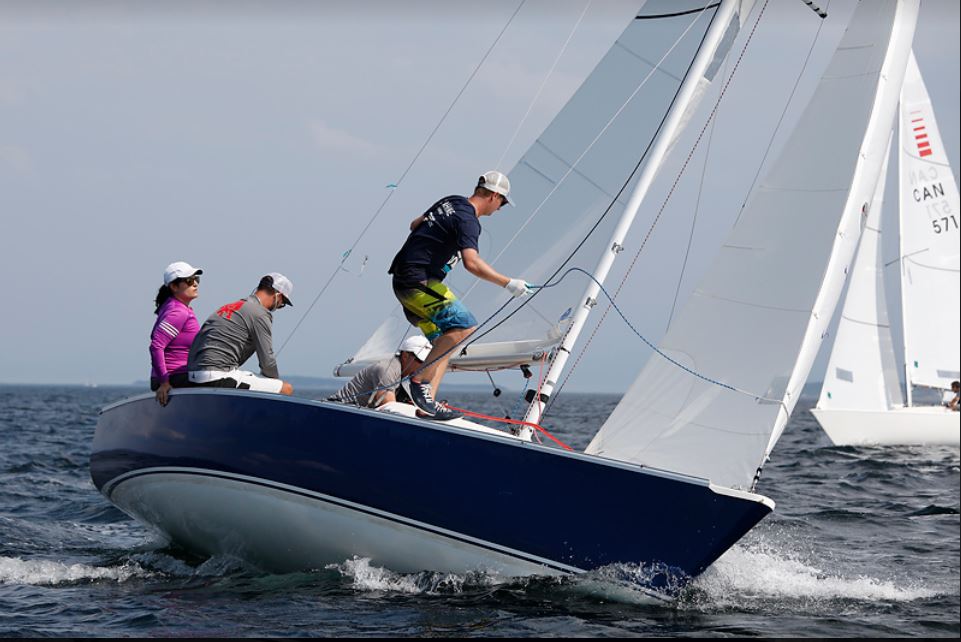 “The feeling that began for me as a boy in Schooner Cove has moved to Chester Race Week as it has for so many of the region’s sailors – Race Week is a rallying point for a larger, fun, summer community experience.”

In addition to being the returning Distance 5 Fleet champion, Cragg reckons he’s won “20 or so” Chester Race Week titles in the 53-years he’s skippered so far.

Add those to his eight Newport Bermuda Races and 29 Marblehead to Halifax Ocean Races, and it’s no surprise that Cragg is semi-retired from racing.

But he reserves space in his calendar for Chester Race Week’s big-boat distance fleet in mid-August each year.

“I don’t have to send emails to any of my friends, it’s understood that we will be doing Chester Race Week – it’s part of the rhythm of our year as it is for so many families and crews who come annually.”

“We make a point of welcoming new skippers and crews to Race Week, especially those who’ve made the effort to get here from far away,” he said.

“I believe it’s my job as a veteran competitor and summer resident to be a welcoming host.” 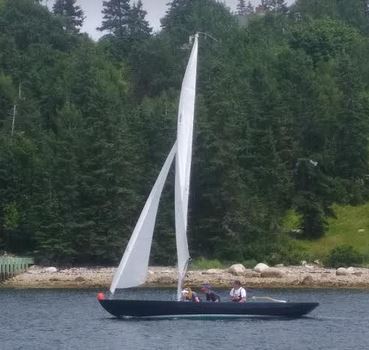 There is a Chester race for Bluenose class vessels. The Notebook photo.

As his father did for him, Bobby last summer bought a new Bluenose, Ghost, (hull # 182) for his daughter, Christine, and her family.

With two granddaughters in junior sailing at the Chester Yacht Club, Cragg looks forward to the day when he can welcome the girls aboard Foxy Lady for their first Chester Race Week Distance Fleet race, “but later, when they’re a little bigger and older”.

The 11 boats that took Cragg through 53 consecutive Chester Race Weeks: 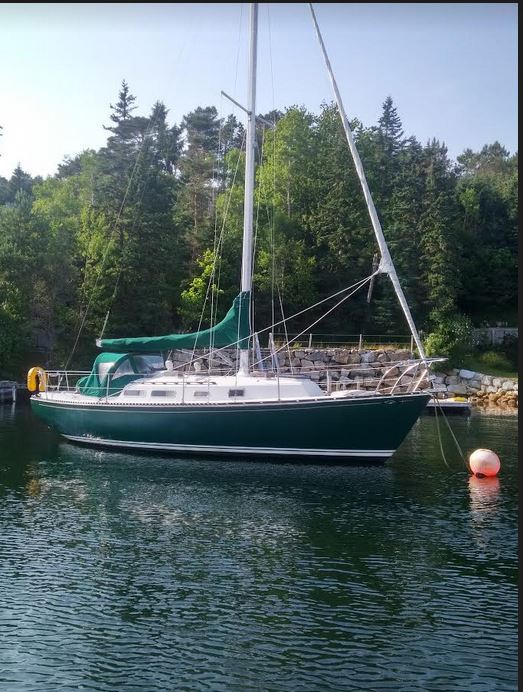 Jamie Moye’s Ontario 32 at Back Harbour Chester, a classic cruising sailboat. Chester/Mahone Bay is the Boating Capital Of Eastern Canada. The Notebook photo.