Not to get too much deeper into the Yarmouth mansion pasta primavera series, and what may be too many articles on how the dish was created on an island off of Yarmouth in 1975, I did make a reference to movie star Gina Lollobrigida being a guest at the mansion, currently for sale by owner Carlos Amato.

The Italian baron was a close friend of Lollobrigida, who in the 1950s and ’60s was a leading actress in Europe. Now, 93, she went on to become a photojournalist, and had a big scoop in the 1970s — a face to face meeting with Cuban leader Fidel Castro.

Her acting career, which spanned from 1946 to 1997, and included a period in which she was an international sex symbol, states her Wiki bio.

In a chat with lawyer Clifford Hood, a town councillor now in his 70s who is often known as ‘Mr. Yarmouth’, I learned that sometime in the 1970s he was introduced to the Italian born actress in Yarmouth, of all places!

She had been a guest at Amato’s Roberts Island mansion, a 20-minute commute from downtown Yarmouth, which as I have chronicled in a case of obsessive-compulsive journalism, is now for sale for $7.9 million. 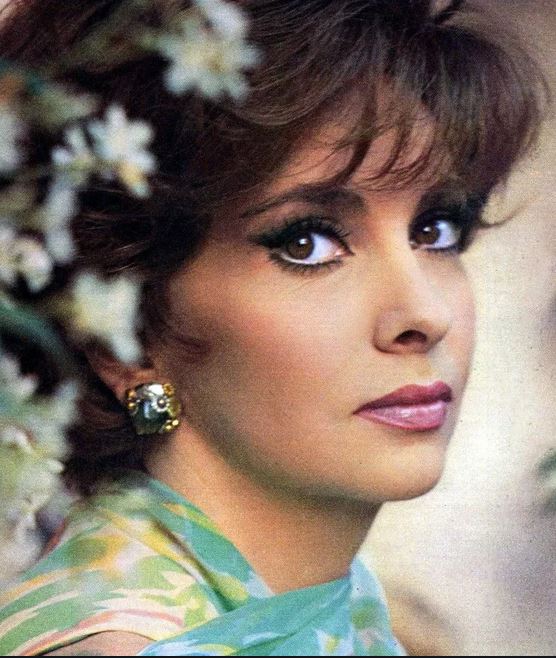 Clifford Hood met 19402-50 international actress Gina Lollobrigida at the Yarmouth law office of Irving Pink in the 1970s. She was at Pink’s office with Carlos Amato, who often hosted the star as a frequent guest at the Yarmouth island mansion, where pasta primavera was created throughout the 1970s.

I was keen to hear of his connection to this historically celebrated star of the silver screen.

“I have a story,” goes Hood. “Back in the 1970s, I bought a building from Reuben Cohen’s Nova Scotia Trust Bank and moved my law offices into it. The building I bought was right next to the law firm of Irving C. Pink, QC — Joel Pink’s father — they were the big law firm in town.

“I was the upstart lawyer,” Hood explains to The Notebook. “I had a parking lot in the back of my building, and I used to fight with Irving, his clients, and his secretary because the clients used to park back in my lot,” he adds. 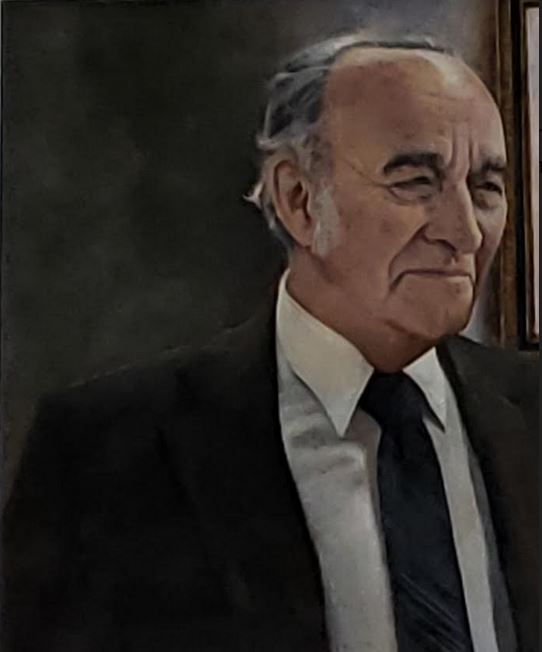 The portrait of Irving Pink was painted by Wedgeport artist Roy Mandell. The sitting was in Mr. Pink’s office on Main St., in Yarmouth. PInk practiced for 60-years, he died in 2004. He practiced until 1996.

“I got along pretty good with Irving,” he does point out.

The adjacent building was a Bank of Nova Scotia branch with an alleyway between the two buildings.

“One day, late in the afternoon I get a call from Betty Kelly, Irving’s secretary, and she says, ‘Cliff, do you want to meet Gina Lollobrigida’. I said, ‘What are you getting at?’ She said, ‘You go out your front door right now, and she’ll be coming out with Irving and Gus (Carlos Amato).

“So I went out, and I met Gina Lollobrigida — that’s my story. Irving introduced me to them,” he says.

Gina Lollobrigida is a former Italian actress and international sex symbol from the 1940s & 50s. She was often in Yarmouth, NS, in the 1970s. She is now 93.

“Irving Pink was the don of the legal community around here.”

He grew up with the Pink boys, now long time top lawyers in Halifax.

As far as the Amato estate, he has driven to the gates of the mansion, which is more than 8,000-square feet with interior space. It’s a thickly forested area, once containing 600-acres. Amato built it in 1965 and is now 82, and listing it on the market.

“I never socialized with those people,” Hood says.

Amato also at one time hosted actress Sophia Loren at his island estate in Yarmouth County, which is connected by a causeway.

“It was quite the expansive place, and I heard many stories of high society for our area (being entertained at the estate), and I heard of the wild boars that Amato introduced on his island,” says Hood.

“They use to harvest them, and butcher them.” Amato introduced 200 wild boars on his vast estate in the 1970s.

“I have one of Claiborne’s cookbooks,” adds Hood.

For a New York Times recipe for wild boar, see the Wednesday edition. Pork can be substituted if there are no wild boar in your neighbourhood.

As for Irving Pink being Carlos Amato’s lawyer, Hood said at the time, Pink was the leading lawyer on the province’s southwestern coast, so it made natural sense for Amato to engage Pink for his local legal files.