The NS Lands & Forestry department, underscoring how sensitive the killing of Pugwash pet crow, named Konjo by Jill Mundle’s nine-year-old daughter, would not make a wildlife officer available for questions from The Notebook.

I had wanted to speak with the department’s district office in Oxford, and my request was to chat with the office manager, Reg Delorey.

Instead, the PR agent with the department, Brian Taylor issued a media statement, which did not address my specific questions.

That statement was the Lands & Forestry’s official statement on the killing of the pet crow – and given to other provincial media who filed stories.

I have published the statement verbatim in this article, below.

The sensitivity by the department is underscored by not taking requests to talk with its wildlife officers – and avoiding taking specific questions, with a blanket official statement.

Now, back in June, I actually spoke to a wildlife officer, and the department quickly made the officer available to The Notebook, when I wrote a story on the large deer population in the Town of Antigonish.

This time, with the killing of the pet crow, the department did not accord the same level of availability – and instead, talked about the killing of Konjo through an official department spokesperson, who could script the message in the way a PR agent can do so, to avoid any controversy. 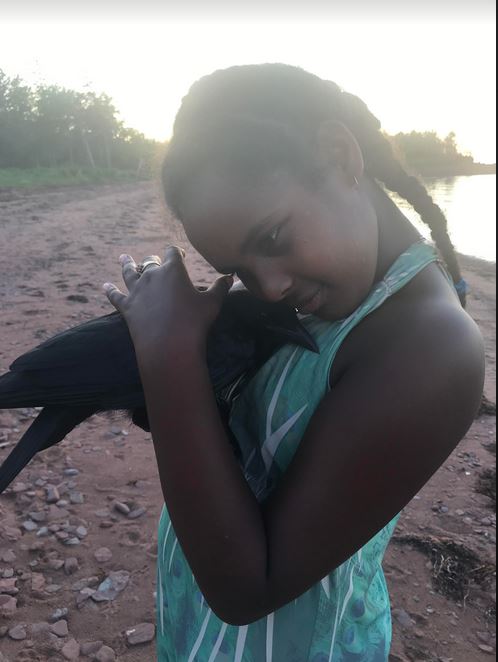 Mya Mundle’s pet crow was killed by a wildlife officer with the Department of Lands & Forestry,

However, I had specific questions on the crow’s killing so The Notebook dialed up Taylor, and we reached him Friday.

The tame crow landed on the wildlife officer’s hand, but Taylor said “it was shot with a 22″, in a text message to me.

Given the fact that we had the horrific mass shootings in April, I asked Taylor if the crow was killed on the beach, or very far away from landowners, who would not hear the gunfire and get stressed by the Portipique shootings.

Taylor replies: “Secluded cornfield away from the public, is my understanding”.

Question: Why didn’t Lands & Forestry take the crow to Hope for Wildlife?

Taylor replies to The Notebook: “Staff responded to a crow attacking to members of the public on a public beach. The crow came to our wildlife technician, on the public beach. He wasn’t aware at the time it being someone’s pet, I suppose, is the way they are describing it. And he followed the protocol of removing a dangerous that was in a wildlife attack like that”.

Pugwash cottage dweller, Jill Mundle raised the crow since finding it abandoned as a fledgling on June 1st, and she tried to talk to the wildlife officer, and he ran away from her on the beach.

Mundle says the officer was very rude in his encounter with her, and she had a nine-year-old daughter with her.

Question: Given the young child’s presence, did the wildlife officer handle the situation properly?

Taylor replies to The Notebook: “I was not there. I can not speak to what their interaction was like, but he was responding to a wildlife conflict on a beach, and so, he was moving as quickly and safely as possible to reduce risk to the public, and to any stress to the animal itself”.

Question: Is it the policy of the Lands & Forestry to destroy an animal rather than take it to Hope for Wildlife for rehabilitation?

Taylor replies: “The report said the bird approached the wildlife technician, jumped into his hand, and displayed behavior outside the normal behavior of an animal. It was demonstrating that it would be extremely difficult in his judgment, and impossible, to rehabilitate an animal in that state”.

“It’s very unfortunate but (the wildlife officer) had to take the steps to (remove) the danger to the public”.

Taylor replies to The Notebook: “He was responding to the crow knocking a woman down (on the beach) and (injuring) another individual’s face”.

Question: Did he talk to the woman knocked down?

Taylor: “He was responding to that. I am not sure who we talked to on the beach”. 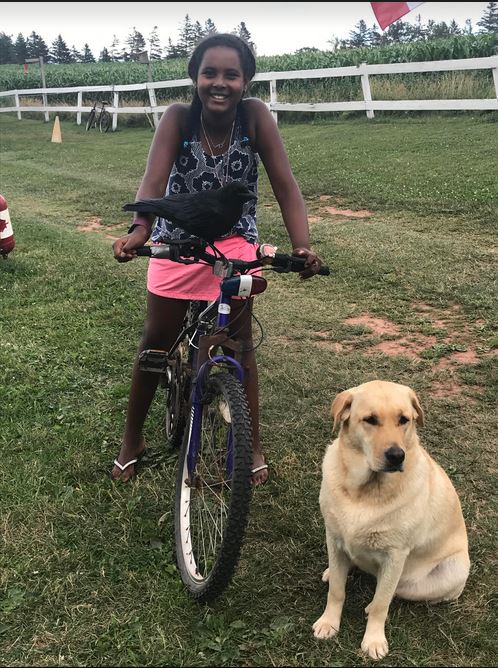 Mundle tells me a woman was knocked down, but she says the senior in question told her it was not the fault of the crow swooping down at her, saying instead she lost her footing.

“He was reporting to reports, those two reports of a woman being knocked down and (someone’s face being injured”, says the department spokesman.

Question: There have been lots of media reports about this situation and social media chatter, does the department acknowledge it might have made a mistake in killing the crow?

Taylor: “Public safety is our top priority. We were responding to a wildlife conflict incident on a public beach, where someone was injured. We always put public safety above all else”.

“It’s very unfortunate in these situations, a lot of times when there is human interaction with an animal because the animal does suffer because they lose their natural instincts and they will come into conflict with other people”.

Taylor replies: “From what I understand he was walking on a public beach, and it flew into his hands when he held (his hand) out”.

In a later text, Taylor told me the officer took the crow to a cornfield near the beach when it was shot with a 22 rifle.

Question: Did the crow attack him when it flew into the officer’s hand?

Taylor replies to The Notebook: “No, it displayed no fear of humans, which is very unnatural for a crow, and it displayed right away that its behavior had been modified by human interaction”.

Question: According to Lands & Forestry regulations, hunting of crows, and killing them, does not open for the season until Sept 1st. How could the wildlife officer destroy a crow outside of the hunting season?

Taylor replies: “Well, he is a wildlife technician, and according to a public safety issue he does not need a license…in his position, to make those judgment calls and the procedure of the department, when there is a public safety report”.

He adds, “It’s illegal to have a crow as a pet. I certainly think someone would be upset if a crow thrashed up someone’s face on a public beach”.

He admits the department has taken some calls on the matter from the public.

“Public safety is the department’s top priority. Staff responded to reports of individuals being harassed and attacked on a public beach near Pugwash. These incidents resulted in one individual being knocked down and another suffering injuries to their face.

A wildlife technician arrived on the scene and was told the area where he could find the bird. The bird approached him on the public beach demonstrating no fear of humans, far outside what would be considered natural behavior.

This indicated the bird would continue to be a potential danger to the public.

As such, the technician moved as quickly possible to a secluded location away from the public, and anyone else, to ensure they could safely euthanize the animal.

Doing this quickly and safely helps limit any unnecessary anxiety and stress on the bird.

Under the Wildlife Act and Endangered Species Act, it is illegal in Nova Scotia for the public to keep wildlife as pets.

Not only is this dangerous to people, this often causes significant issues for the animals and they can rarely be rehabilitated and returned to the wild once they lose their natural instincts”. 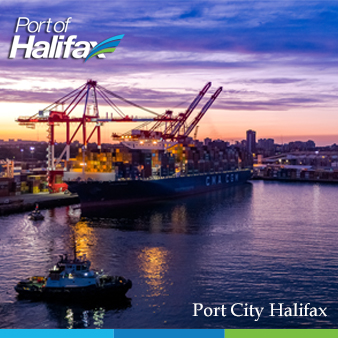